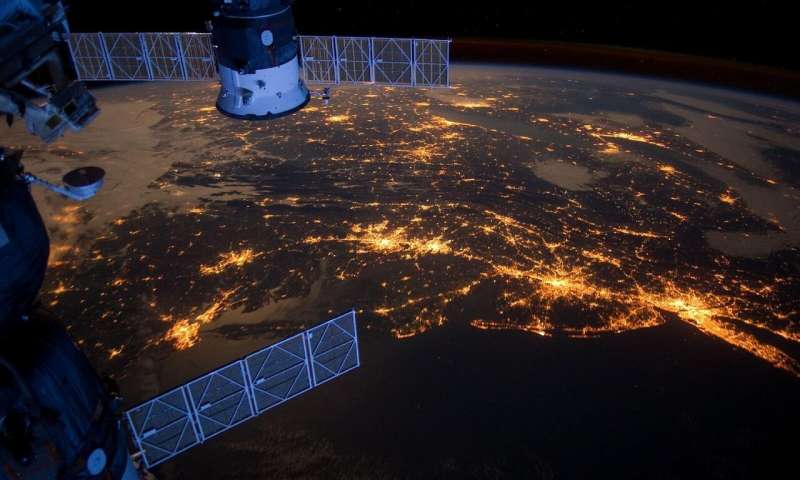 In conjunction with the American Astronomical Society, SpaceX is preparing to launch satellites treated with a non-reflective coating into space in a bid to reduce the brightness of satellites that may interfere with astronomical data.

When first launched back in 2019, Starlink satellites from Elon Musk’s rocket company SpaceX were intended to bring high-speed internet connectivity to the entire world. However, an unintended consequence of that effort is that the satellites, which were launched in low Earth orbit so as to make internet accessibility easier, are too bright and are reportedly interfering with the data collection efforts of astronomers. Reportedly, the satellites are projecting artificial constellations of fake stars into the night sky, potentially producing data that is inaccurate.

As such, the SpaceX team and the American Astronomical Society have coated the bottom of one satellite in a collection of 60 satellites with a non-reflective coating to dim the brightness emitting from the satellites. Testing of the coating will begin following the satellites’ launch from Florida’s Cape Canaveral Air Force Station on January 6. So far, it is unclear what if any impact the coating will have on satellite performance.

The effort is a critical one as SpaceX has been approved by the Federal Communications Commission (FCC) to launch roughly 12,000 additional Starlink satellites with future plans to have as many as 30,000 satellites in operation. Likewise, satellite manufacturer One Web and retail giant Amazon also expect to launch several of their own satellites in the near future.

By posting a comment you confirm that you have read and accept our Posting Rules and Terms of Use.
Advertisement
RELATED ARTICLES
SpaceX's Massive Broadband Satellite Constellation to Begin Launching in 2019
OneWeb and Airbus Partner for Microsatellite Project
Watch: Apple plans to invest in advanced manufacturing here at home. Stacked batteries may help electric vehicles go the distance. SpaceX plans to launch a constellation of satellites into earth orbit.
China Will Launch Artificial Moon by 2020
Rocket Labs Second Orbital Launch and Satellite Deployment a Success
Advertisement