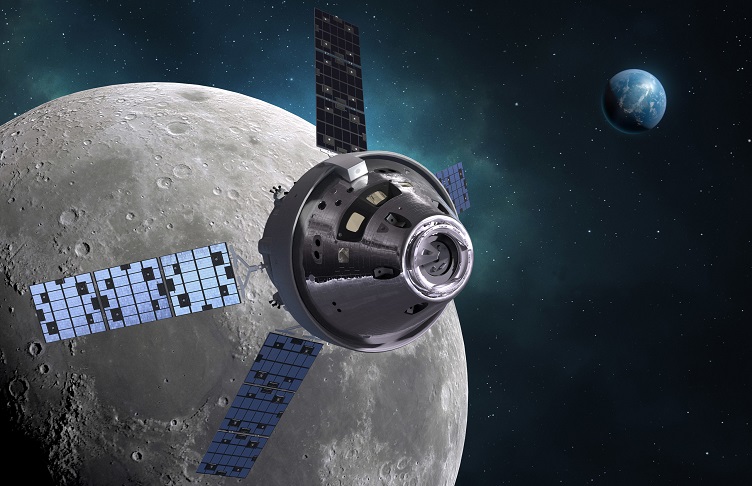 An artist rendering of the Orion spacecraft. Source: Lockheed Martin

NASA has finalized a contract for producing and operating six Lockheed Martin Orion deep space exploration spacecraft — with the ability to order up to 12 in total — as part of an overall plan to return to the moon and to eventually get astronauts to Mars.

Recently, the Orion spacecraft was stacked together with the Artemis I, an unmanned mission that will fly to the moon and back, serving as a dry run for eventually sending astronauts to the lunar surface.

"This contract clearly shows NASA's commitment not only to Orion, but also to Artemis and its bold goal of sending humans to the Moon in the next five years," said Rick Ambrose, executive vice president of Lockheed Martin Space. "We are equally committed to Orion and Artemis and producing these vehicles with a focus on cost, schedule and mission success."

An additional six Orion spacecraft can be ordered under the contract through Sept. 30, 2030, leveraging spacecraft production cost data from the previous six missions for lower prices.

The first Orion spacecraft, the Artemis III, will carry a crew that includes the first woman to the moon in 2024. It will dock with the Lunar Gateway and ultimately land on the surface using the lunar landing system.

By posting a comment you confirm that you have read and accept our Posting Rules and Terms of Use.
Advertisement
RELATED ARTICLES
Alexa, take me to the Moon
Final Assembly on NASA’s Next-generation Orion Spacecraft Begins
Construction Begins on the Orion Spacecraft to Take Humans to Mars
Orion Spacecraft Powers Up for the First Time
Video: Concept Lunar Lander that Docks with NASA’s Lunar Gateway
Advertisement