The STRI team used a biosonar device and high-speed videos of hunting bats to conduct the study. During the study, the team aimed soundwaves at a leaf with and without insects on it, and gathered data from the echos. They did this many times at 500 different angles. This allowed the researchers to create a full 3D representation of echoes. They calculated the intensity of echos for five different frequencies of sound, representing bat calls. This permitted the team to estimate the effectiveness of a bat's echolocation. 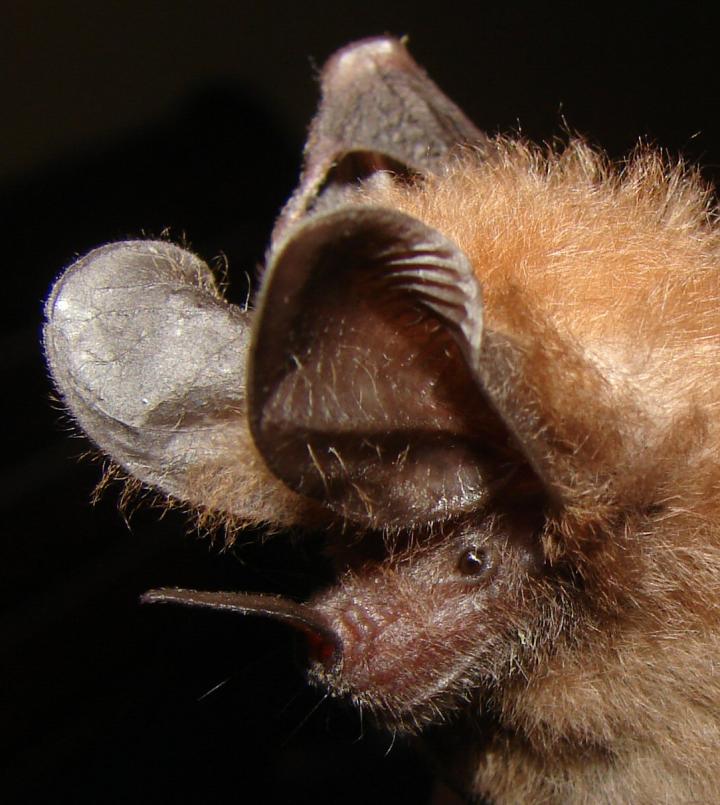 This is a portrait of Micronycteris microtis, aka the leaf nosed bat (Source: Inga Geipel

Echolocation is a sonic locating technique used by many animals, like bats and dolphins. Bats flood an area with soundwaves, and use the return echo to navigate or locate insect prey.

Prior to this study, the common belief was that bats could not find silent, motionless prey resting on leaves. Leaves strongly reflect echolocation waves with an incidence angle of 30° or less, which masks weaker echos that reverberate off insects. Leaves can act as a natural cloaking mechanism for insects, called acoustic camouflage.

However, the team found that if an echo originates from angles greater than 30°, the sound is reflected away from the source and the leaf acts as a mirror, revealing prey to the bat. Researchers predicted that the optimal approach angle range is between 40-70°.

Real bats were recorded at STRI’s Barro Colorado Island in Panama. The team positioned insects on artificial leaves and set up two high-speed cameras to record the bats as they locate and attack resting insects. With the recordings, the team reconstructed 3D flight paths of the bats as they approached their prey. The results showed that 80% of the approach angles were within the predicted range of angles, indicating that bats have come to optimize their unique sonic abilities.

A paper on this research was published in Current Biology.