U.S. Department of Energy researchers have invented a process to extract rare earth elements from the scrapped magnets of used hard drives and other sources.

They have patented and scaled up the process in lab demonstrations and are working with Texas-based Momentum Technologies to scale the process further to produce commercial batches of rare earth oxides. 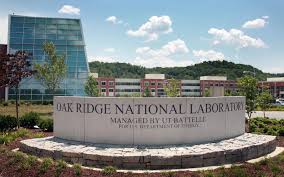 The process, described by researchers at Oak Ridge National Laboratory (ORNL) as being energy-efficient, cost-effective and environmentally friendly, is capable of recovering high-value critical materials. Traditional processes require facilities with a large footprint, high capital and operating costs and a large amount of waste generated.

ORNL said that no commercialized process recycles pure rare earth elements from electronic-waste magnets. That constitutes a potentially large recovery market considering that 2.2 billion personal computers, tablets and mobile phones are expected to ship worldwide in 2019. All of them contain rare earth elements.

Through the patented process, the researchers dissolved magnets in nitric acid and fed the solution through a module supporting polymer membranes. The membranes contain porous hollow fibers with an extractant that creates a barrier that allows only rare earth elements to pass through. The solution collected on the other side is further processed to yield rare earth oxides at purities that exceed 99.5%.

The recovery rate means that iron--which makes up the majority of a magnet--is almost completely removed during the process. Extracting rare earth elements without co-extracting undesirable ones means less waste is created that will need downstream treatment and disposal.

Supporters of the work include DOE’s Critical Materials Institute for separations research and DOE’s Office of Technology Transitions for process scale-up.

A second phase of the separations work began in July 2018 with an effort to separate dysprosium from neodymium and praseodymium. A mixture of the three oxides sells for $50 a kilogram. If dysprosium could be separated from the mixture, its oxide could be sold for five times as much.

The program’s second phase will also explore if ORNL’s underlying process for separating rare earths can be developed for separating other in-demand elements from li-ion batteries.

The goal is to recover hundreds of kilograms of rare earth oxides each month and validate, verify and certify that manufacturers could use the recycled materials to make magnets equivalent to those made with virgin materials.

By posting a comment you confirm that you have read and accept our Posting Rules and Terms of Use.
Re: Recovering rare earth elements from discarded electronics
#1

China has the rare earth market. they can easily and have limited the amount of rare earth elements purchased by USA.

Any process that can recycle (and separate) rare earths will be a huge money maker for the inventor.