Scientists from the Department of Energy’s Lawrence Berkeley National Laboratory is helping researchers at the Colorado School of Mines develop a microbe-based system to remove toxic compounds from so-called produced water.

The project is aimed at using biological systems to clean water from oil and natural gas production that then can be used in sectors such as agriculture and energy production.

The researchers said that drilling a single oil or natural gas well with hydraulic fracturing techniques requires between 1.5 to 16 million gallons of water. When the well starts flowing, the fluid that is brought back to the surface along with the oil or gas, and is a combination of injection fluid and brine from aquifers. The mixture is known as produced water and may contain hydrocarbons, harsh salts and industrial chemicals. Most produced water is injected into disposal wells after it is collected; less than 1% of the produced water that is generated each year is reused.

The researchers are looking to microbes for help in cleaning water. Scientists already have shown the potential of using microbial communities to remove excess phosphorus and nitrogen from wastewater. Microbes also have been used to remove toxic plastic contaminants from water used at manufacturing plants. 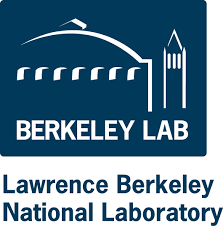 The process for microbiological water treatment is straightforward, at least in theory, the researchers said. A first step is to figure out what microbes will break down the contaminants and grow them in a container, called a bioreactor. By adding wastewater, one or more species will metabolize the toxic compounds into different molecules. These, in turn, are consumed by a new set of species, and so on.

The cycle continues, ideally until only byproducts such as water, nitrogen gas and carbon dioxide remain. After running through a filtration and disinfection system, the water can be reintroduced into watersheds or used for industrial applications.

Because the technique depends on combining many microbial species with specific metabolic abilities, each type of wastewater requires a unique microbial recipe. Finding the correct recipe can be time-intensive, the researchers said.

Most of the sewage-treating microbial communities, known as sludge microbiomes, in use today were put together through labor-intensive trial-and-error experiments that involved taking samples of microbes that occurred naturally in sewage, culturing them in various mixtures in tanks and waiting until an effective and stable group emerged. 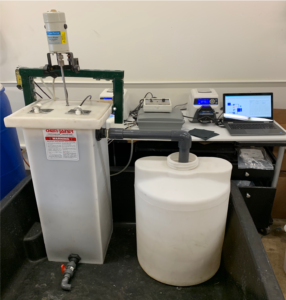 A bioreactor at the Colorado School of Mines. Credit: James RosenblumUnder a grant from the National Science Foundation, a group based at the Colorado School of Mines has spent the last several years working to acclimate microbes taken from both a sludge microbiome and several natural, extreme environments. They already have shown in small-scale experiments that some microbes are capable of adapting their metabolism and physiology to feed on produced water and survive in water that could kill most organisms.

However, the microbe community needs fine-tuning to be efficient, and the group saw an opportunity to work with scientists with genomic expertise to expedite and enhance the microbes’ evolution.

The researchers' end goal is to develop a complete treatment system that can remove the pollutants from produced water in 24 to 48 hours. The research efforts aim to figure out which microbes are the most active and dominant, and what genes or pathways they turn on and off. They can improve how well unwanted compounds degrade by enhancing the activity of those microbes in the bioreactors.

The Berkeley Lab team is using its sequencing and analysis tools to profile the genes and proteins of the Mines group’s adapted microbiomes. The scientists are also working to characterize the many different contaminants that can appear in produced water to gain a clearer idea of what metabolic capabilities the microbiomes will require. (Removing the dissolved salts in produced water, however, cannot be efficiently performed with microbes, and will require an additional desalination process during treatment.)

By 2020, the team hopes to begin cultivating the microbes within bioreactors and testing how well they treat produced water under various conditions. Once an effective microbiome is identified, the Mines group will begin designing a complete, large-scale process.

The Berkeley Lab side of the research venture is funded by the Laboratory Directed Research and Development program. The team at Mines is separately funded by the National Science Foundation and the Zoma Foundation.

By posting a comment you confirm that you have read and accept our Posting Rules and Terms of Use.
Re: Using microbes to clean produced water
#1

Having studied extremeophiles most of my career and done research for gas industry on corrosion and produced water for 30 years I am very interested in these research efforts. We found that some extremeophiles e.g., halophiles were much better able to function under other extreme conditions. Is the aim of this research to remove the most common unwanted materials e.g., hydrocarbons, H2S etc is most produced waters OR designing specific communities of microbes to fit different produced waters with different compositions. Hope to see more information/data from these research efforts.