Free-wheeling ball screws offer an alternative to traditional ball screws with soft stops or limit switches. All ball screws operate on the same principle: The ball screw moves linearly relative to a nut as it is rotated. The nut contains balls that ride in helical raceways rolled or machined into the screw.

The difference between free-wheeling ball screws and traditional ball screws lies with the way the balls are arranged and contained in the nut. Most ball screws have a nut with helical grooves and recirculating balls. As the screw rotates, the balls are recirculated or fed back to the opposite side of the nut, either internally to the nut through passageways or externally through ball return tubes. In these designs, the balls continually recirculate through the nut assembly, as shown in the video below.

Instead of a standard nut with recirculating balls, free-wheeling ball screws feature a ball cage inside the nut. The nut features annular grooves as opposed to the helical thread found in standard ball screw nuts. The ball cage and balls revolve around the screw in a planetary motion as the screw rotates. The helical threads in the screw cause it to move linearly relative to the nut as it rotates. 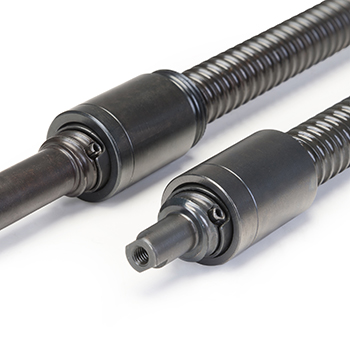 In recirculating ball screws, limit switches or stops are required to prevent jamming in the event of overtravel. Free-wheeling ball screws eliminate the need for these safety measures due to the planetary slipping of the nut when it reaches the end of travel.

Since free-wheeling ball screws rely on a minimum amount of friction to prevent slipping prior to the stop pin engagement, greases that promote low sliding friction should be avoided.

For additional information on free-wheeling screws, visit the following manufacturers:

By posting a comment you confirm that you have read and accept our Posting Rules and Terms of Use.
Advertisement
RELATED ARTICLES
Avoid ball screw failure through proper application design and preventive maintenance
What Can Electric Linear Actuators Do For Me?
GHOST™ concealed access fastener – now you see it, now you don’t
Grease-free lead screw assemblies from a single source for automotive industry
Fundamentals of bolts and screws
Advertisement 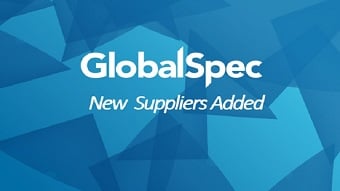