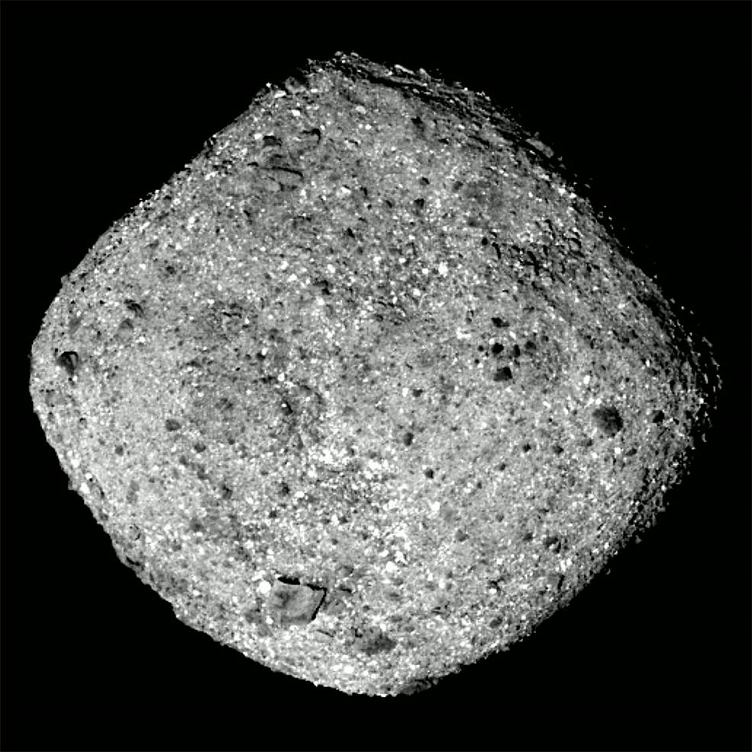 This image of Bennu was taken by the OSIRIS-REx spacecraft from a distance of around 50 miles (80 km). Source: NASA/Goddard/University of Arizona

These flybys will continue until December 31 as OSIRIS-Rex travels to within 4.3 miles (7 km) of Bennu to document the asteroid’s mass and precise shape before slipping into orbit around the asteroid. Data gathered by studying the 1,650-foot-wide (500 m) asteroid will help NASA researchers select optimal sites for the collection of two ounces (60 g) of dirt and rocks.

The sample-collection maneuver for the $800 million mission is scheduled to occur in July 2020. If all goes according to plan, OSIRIS-REx will depart Bennu in March 2021, and the sample will come down to Earth in a special return capsule in September 2023. Researchers will then analyze the material, searching for clues about the early history of the solar system. The data could shed light on the resource potential of Bennu-like asteroids, providing information of interest to space miners and the manned spaceflight community.

The mission data should also help scientists better understand how solar heating can affect asteroids' paths through space, leading to more accurate predictions of where potentially hazardous space rocks may be headed. There is a very slight chance that Bennu could strike Earth in the late 22nd century.

By posting a comment you confirm that you have read and accept our Posting Rules and Terms of Use.
Advertisement
RELATED ARTICLES
Spacecraft Will Snatch a Piece of an Asteroid and Return it to Earth in Daring Maneuver
Video: NASA Probe Finds Water on Asteroid and Confirms its Dimensions
Watch NASA news: Asteroid Bennu is disturbed; Return to the moon with SpaceX
Watch: NASA spacecraft samples asteroid Bennu
JAXA releases footage of an asteroid 'bombing run'
Advertisement