Metrigraphics, a pioneer in micron-scale thin film manufacturing, uses an additive process and polyimide substrates to produce the smallest and most symmetrical traces for your next-gen flexible circuit ideas.

How do they do it?

Metrigraphics’ MicroFlex™ circuit manufacturing process utilizes a combination of additive photolithographic, electroforming and other proprietary thin film technologies. Circuits can consist of one or more very thin layers, each of which consists of sputtered metal, or thicker-plated metal such as gold or copper, on a polyimide substrate. An additive process creates circuit lines by sputtering a positively charged metal to a negatively charged base. Then, if needed, plating can build up conductive traces of precise height and width. The base may be either a conductive material or non-conductive polyimide to which a metallic layer was applied. Using photolithography, a photoresist “stencil” is then applied on top of this conductive layer. The plated metal is attracted to and bonds with the conductive layer only where the non-conductive photoresist has left it exposed. If the circuit is to be multilayer, then a new polyimide layer is applied on top of this first layer’s circuit elements to support a new metallization layer. Metal is then sputtered (and/or plated) on top of this new polyimide, and this cycle continues until all circuit layers are in place. The polyimide layers separating the circuit layers range in thickness from 10 microns up to 100 microns and possibly more. Thinner layers make for a more flexible circuit. (However, the trade-off is that thinner polyimide offers less electrical impedance, so there is a greater likelihood of crosstalk between layers).

Where do MicroFlex circuits have a fit?

MicroFlex circuits have been proven to be disruptive in the following products:

· Biosensor and other sensing components

How do you get a MicroFlex circuit design ready manufacturing?

Though you may be familiar with conventional flex circuit design and have specific IC design experience, this expertise does not necessarily translate down to micron-scale, flexible circuits. There are several factors that help determine whether your MicroFlex circuit can indeed be successfully fabricated to meet its intended electrical and mechanical objectives.

Conventional flex circuits use rolls of Kapton, a Dupont™ polyimide film pre-clad with metal, and are bonded with adhesives between each layer. This process keeps layer thickness stuck at around 1-5 mils. Since MicroFlex circuits rely on a polyimide polymer film on glass, this enables up to six layers, with layer thicknesses as thin as 10 microns or less. Trace lines and spaces for this technology can be as small as ten microns, and via hole diameters can be as low as 15 microns, or .00059 mil. The significant increase in circuit density and proximity of circuit traces and features, naturally leads to electrical and mechanical considerations more akin to integrated circuits (ICs) than prior flex circuit technologies. But even still, the scale at which you’re working, and the flexing of the circuit, present unique design-for-manufacturability challenges of their own. 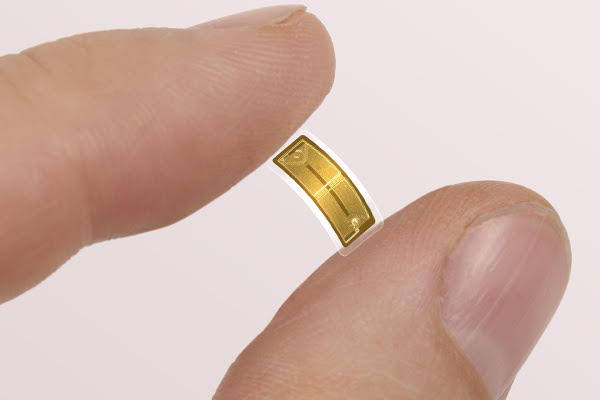 Dedicate Yourself to Becoming a Maestro of Micron-scale Circuit Layouts

Like a conductor moving from a symphony to a quartet, circuit designers moving dramatically down in scale from millimeters to microns need to become resourceful and creative. What’s especially important to recognize is that the typical practice of exaggerating circuit features to simplify characterization, is exponentially compounded due to the difference in scale. While making test points large and accessible often allows for simplified early stage evaluation, it can be a pitfall to count on the features around them ever being anything near their position or size at micron, or submicron levels.

As you’ll discover, when DFM is considered for micron-scale designs, the circuit design will likely

undergo many changes in feature size and positioning for optimal manufacturing. This includes defining key relationships, such as line width to metal thickness ratios, stitching vias to a pad width, stackup, and insulation/thermal layer thicknesses, among other variables.

Via to Pad Size Ratios

Among the most critical constraints to be aware of, are the via to pad size ratios. The minimum ratio for this depends on many factors, including insulation and metal thicknesses, which can be different for every design. A related constraint is the spacing between vias and pads. For extremely dense interconnects, the capacitive and inductive parasitics are more of a concern, as these parameters have a greater impact on closely spaced leads, pads, and vias.

Both capacitive coupling and inductive coupling are a function of distance. For very sensitive biomedical sensor circuits, noise and interference can be coupled in from close adjacent conductors. With extremely narrow and complex routing sensor leads, it is often challenging to avoid these parasitics, so it is advisable to consider their impact early in the design phase.

Many traditional rule-of-thumb approximations for parasitics may not apply at miniaturized geometries, and more detailed and exact simulations may be required to more closely approximate real-world performance.

Interconnects between the thin-film materials and components, as well as sensor leads,

is another area for critical consideration. There are standard thin-film attach methods, also used throughout the microelectronics industry, such as wire bond, solder, and epoxy attach. However, certain requirements, such as higher conductivity and greater bond strength, may require selectively plating the pads to enable attach methods that meet specific criteria.

The third choice is choosing the material makeup of the various circuit traces and layering material. In addition to various performance and repeatability variables, there may also be limitations of what metals and other compounds can be used in certain sensor applications, especially those used in-body or in harsh environments. Moreover, the circuits on each layer will intrinsically interact with each other, making finite circuit layout as critical as functional electrical design. Improperly selected materials and geometries, and non-compatible circuit layouts are the most common causes of circuit rejection at the production stage. But what can be even more costly is problem circuit that goes undetected until prototypes are run and/or is passed along to a customer and fails under use conditions.

Typically, the metal thickness of a thin-film circuit correlates directly with the size of the circuit lead and pad features. Furthermore, the substrate, or insulation layer, is related to the metal thickness, as the substrate must completely cover the underlying metal. Hence, the most critical circuit feature geometry will likely decide the thickness of the metal and substrate for that layer―though thicknesses may vary from layer to layer, unlike many PCB processes.

There is a limit to the minimum metal and substrate layer thicknesses, and this is what determines the minimum circuit feature size. With the complex geometries of micron-scale circuits and sensors, grounding, shielding, and trace characteristics require deeper consideration than larger scale processes. This is a product of a conductor’s grounding and shielding effectiveness being a function of sheet resistance of a material at the frequency and power of the intended and unintended signals conducted. The same goes for traces, which makes deciding on a metal feature’s size and thickness very important.

The number of layers, layer thickness, and circuit features all factor into the size, shape, and flexibility of a miniature and flexible thin film circuit. Depending on the end application, such as surgical implantation by hand, or integration into an automated manufacturing process, the physical dynamics of the circuit in use is a critical factor to consider. The overall circuit flatness, temporary adhesion strength to a carrier, and final release strength may be dynamics that could be missed among the other details of design. These are additional factors that can dramatically impact the yield, reliability, ease of installation, and other important aspects of end-use.

When is MicroFlex not a fit?

Unlike standard flex circuits, MicroFlex circuits on polyimide are not designed to be constantly exercised. Therefore, installation in a perpetual motion application may result in circuit degradation and failure.

While struggling through the minutia of correcting every design rules check (DRC) and layout versus schematic (LVS) error may be painful, it is critically important before handing off a design to a manufacturing partner. As the manufacturer may use different software tools to interpret the CAD files, any unknown errors will be compounded when prototypes are being prepared by the manufacturer.

Another reason is that there could be nested errors that only reveal themselves after a DRC or LVS error has been corrected. Without correcting these errors, unintended

circuit performance is possible and tracking down and correcting these issues will delay time-to-market.

During a CAD file review, your thin film manufacturing partner should be analyzing every individual line and feature to ensure that is properly drawn. Ideally, you should send a DWG or DXF file along with a dimensioned PDF drawing of the final product to ensure the efficiency of this process.

• Inaccurate or missing labels of all layers

Metrigraphics’ technical support team reports that the most efficient circuits are routinely prepared by a circuit designer who follows a systematic design process that minimizes errors, rather than those having to backtrack each time an error is encountered―especially since correcting one error often creates another.

Industry disrupting devices utilizing micron-scale flexible circuits are being released at increasing speeds. The most successful designers are those putting aside previous standard circuit design approaches and are developing new micron-scale techniques. With each new circuit, they will learn how to push the limits for increased function and performance, superior flexibility, and reduced size and cost of each new circuit.

For a complete Tech Brief and Design Guidelines on MicroFlex circuits, visit:

By posting a comment you confirm that you have read and accept our Posting Rules and Terms of Use.
Advertisement
RELATED ARTICLES
Latest Applications for Flexible Circuits
High-performance dielectric films for demanding applications
High-purity powder for flexible PI films to help improve speed in 5G devices
Advantages to Using Ion Beam Milling Vs. Chemical Etching
Processes Enabling Nanomanufacturing
Advertisement 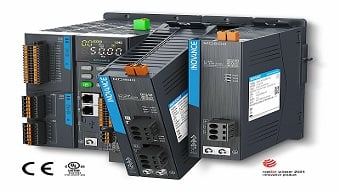 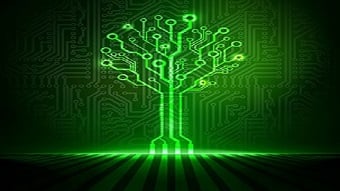