Mitsubishi Electric Corp. said that it has developed a technology to manage photovoltaic (PV) and other power-generation systems, as well as the charging/discharging of electric vehicles (EVs) parked on company campuses.

The company said that its technology monitors the status of EVs connected to or disconnected from a power conditioning system, minimizes power costs by using connected EVs as storage batteries and refines the charge/discharge schedule every few minutes, minimizing power cost increases due to any unexpected use of EVs.

Mitsubishi Electric and its China-based affiliate will test the technology in Changshu in China, where the use of EVs is expected to advance rapidly.

Mitsubishi says that its approach uses a multi-directional power conditioning system (PCS) in an effort to reduce or shift the use of grid power during peak hours. It operates by calculating minimized power costs, coordinating the charging/discharging of EVs parked at the user's company with the use of PV and other power-generation systems, and forecasting power demand and PV power generation. 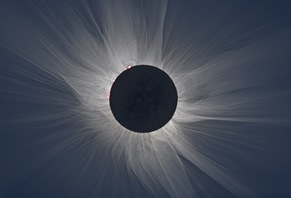 Mitsubishi will test the technology in a part of China where the use of EVs is expected to advance rapidly.The system calculates a plan for on-site power generation and EV charging/discharging based on inputs such as contracted power from the grid, electricity unit prices, power demand and expected use of EVs in the fleet under the constraints of the received-power capacity, supply-demand balance and the maximum and minimum charge/discharge levels of EVs and on-site storage batteries.

The company said that conventional energy-management systems set a threshold to prevent the user's power demand from exceeding its contracted power from the grid. EVs are charged in advance, allowing them to be discharged if power demand exceeds the threshold. However, if a number of EVs must be used off-site unexpectedly, this can result in the need to charge EVs when the electricity unit price is still relatively high.

In simulations using a scaled-down 1:10 model of a 1,000-employee factory, typical power demand and EV usage, power costs for 10 EVs using the Mitsubishi system were found to be 5% less than in the case where no energy-management system was in place.

Mitsubishi said that the system makes use of a planning tool that is updated several times each day to establish the charge/discharge schedule for the next 24 hours. In addition, a "correction plan" can be calculated every several minutes to refine plans for the next several hours. And a "control command" approach can be calculated every several seconds. The system also monitors the amount of electricity purchased from the grid and the state of charge of EVs parked on the company's campus.

By posting a comment you confirm that you have read and accept our Posting Rules and Terms of Use.
Advertisement
RELATED ARTICLES
Strategy Optimizes EV Charging and PV Generation
So then, where is my electric vehicle (EV)?
EVs Can Help Support the Grid, PG&E Study Confirms
Video: Coil Driver technology extended to electric vehicle technology
Enel Enters U.S. Mobility Market with Acquisition
Advertisement 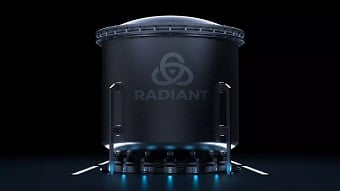