Conventional six-axis industrial robots typically run a series of cables along the outside of the robotic arm to control power consumption, movement and other dynamic functions. These cables are usually housed in a plastic or rubber tube or tied together using materials as rudimentary as rubber bands or duct tape. As the robotic arm twists, turns and bends, the cables themselves can get tied up in knots or even fray or snap from the force of the machine’s movement. Any damage to the housing or cables necessitates shutting down production for repairs or replacement and costs manufacturers valuable time and money. Automotive industry experts estimate that it takes an average of five hours to replace a standard corrugated hose at an estimated cost of $10,000 a minute to the manufacturer.

Figure 1: The illustration shows the structure of the Triflex cable housing: the ball and socket structure, seen in the middle of each segment, allows the housing to flex and move without tearing or breaking. The illustration also shows the split, at both the top and bottom of the segment, that allows easy cable insertion and removal. Source: igus

This problem of keeping cable movement static while attached to a dynamic robotic device has been a vexing one for engineers — but what if the cables could move with the robot, making the same twisting and bending motions without twisting and bending themselves? This is the theory behind igus’ Triflex cable management system, a segmented plastic cable housing made up of detachable modules that can be easily replaced individually without having to replace the cable housing wholesale. The illustration below shows the structure of the Triflex cable housing: the ball and socket structure, seen in the middle of each segment, allows the housing to flex and move without tearing or breaking. The illustration also shows the split, at both the top and bottom of the segment, that allows easy cable insertion and removal.

The relative ease with which Triflex can be repaired and replaced compared to its competition is one of its best features. When a conventional corrugated hose tears or breaks, the cables must be removed and the entire housing must be replaced. Typical Triflex repair times average no more than an hour due to its segmented construction — customers merely have to remove and replace the damaged modules without having to separate the various cables from their connections and then reconnect them after the housing has been repaired. The time saved in making repairs results in huge savings to the customer’s bottom line.

Each cylindrical segment is attached to an integrated fiber rod that serves as the spine of the housing itself. When the mechanism the Triflex is affixed to completes an operation, the spine returns the cables contained within the housing to their home positions. The segments themselves simply snap into place along the spine and don’t require additional tools to connect them to neighboring segments, simplifying repairs while further reducing both the time and cost of said repairs. Access to the cables themselves at any point along the housing can also be easily managed by detaching the proximate segments and then reattaching them as needed. 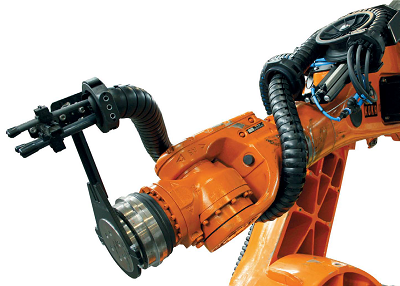 Figure 2: Triflex’s segmented design makes it possible to repair or remove a single cable without disturbing the others, further limiting production downtime for the customer. Source: igus

Replacing cables within the housing is also made easier by Triflex’s unique design. Cable connectors are often damaged when being fed through narrower housings, but Triflex’s wide-diameter aperture provides extra leeway for those connectors to pass through. In the case of traditional cable housings, replacing a single cable often requires removing all the cables at once and can even require cutting off the connectors and then reattaching them — a time-consuming and error-prone activity. Triflex’s segmented design makes it possible to repair or remove a single cable without disturbing the others, further limiting production downtime for the customer.

Six-axis robots of the type commonly used in automated manufacturing environments move in three ways. The rotating base the robotic arm sits atop allows the arm itself to move from side to side, while the hinge in the center of the arm itself acts as an elbow of sorts, allowing the arm to move up and down. Finally, the segment of the arm above the “elbow” twists at the hinge, allowing the arm to reposition itself to the most advantageous position for gripping objects within the arm’s reach. The combination of these movements frequently leads to cables getting twisted around themselves, a phenomenon engineers refer to as “looping.” Because Triflex utilizes the ball and socket design at the point which it’s affixed to the robotic arm, the housing rotates horizontally and vertically around the ball, allowing it to move along with the arm, thus eliminating recurring looping.

The built-in retraction feature of Triflex housing is also useful in making sure that the cables and housing return to a normal state after a recurring movement. The integrated spring rod retraction system provides the force needed to bring a set of cables that bend during operation back to the standard placement and ready for the next movement operation.

Triflex’s principle advantage over its competitors is in the time and money the customer will save in production downtime. In addition to the ways in which it will reduce repair and replacement costs already touched on, Triflex also offers the customer as many as nine different sizes to fit their individual needs. More traditional cable housings are often only available in one or two sizes. Under and over sizing frequently results in wear and tear to the housing or the cables contained within it, leading to more persistent replacement and repairs. The cost savings the customer will accrue over time by implementing igus’ system over that of one of its competitors will allow Triflex to essentially pay for itself.

For more on Triflex, visit igus.

By posting a comment you confirm that you have read and accept our Posting Rules and Terms of Use.
Advertisement
RELATED ARTICLES
Video: Cable management for cobot arms
Corrugated tubing vs triflex® R on multi-axis robots
Video: Telescopic energy chain saves space on robots
Designing cable management systems for collaborative robots
Inside the Test Lab: The Development, Design and Testing of chainflex® Continuous-flex Cables
Advertisement