International researchers from the Ocean Solutions Initiative have evaluated the potential of 13 ocean-based measures to counter climate change. One goal of their findings, published in the journal Frontiers in Marine Science, is to inform decision-makers gathering in Katowice, Poland, for the COP24 conference in early December 2018. COP24 is the informal name for the 24th Conference of the Parties to the United Nations Framework Convention on Climate Change (UNFCCC).

The 13 measures were selected on the basis of the frequency with which they are addressed in scientific literature, and can be grouped under four headings based on strategy:

The organization has also produced an animated video that discusses each of the 13 measures, as shown above.

The Ocean Solutions Initiative was launched to assess the potential of ocean-based measures to reduce changes in three major climate-related drivers: ocean warming, ocean acidification and sea level rise. It also focuses on impact reduction strategies for climate-sensitive ecosystems such as coral reefs, seagrass beds and Arctic biota and for services such as fisheries, aquaculture and coastal protection.

On its website, the organization notes that a global surface warming of between 1.5° to 2.0° C by the end of the century compared to pre-industrial levels – which is consistent with the Paris Agreement – will generate serious impacts on the ocean.

The Ocean Solutions Initiative is coordinated by the French National Center for Scientific Research (CNRS), the Institute for Sustainable Development and International Relations (IDDRI) and Sorbonne University. 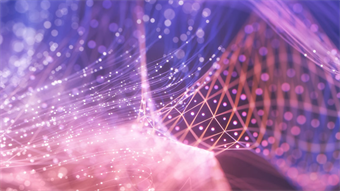