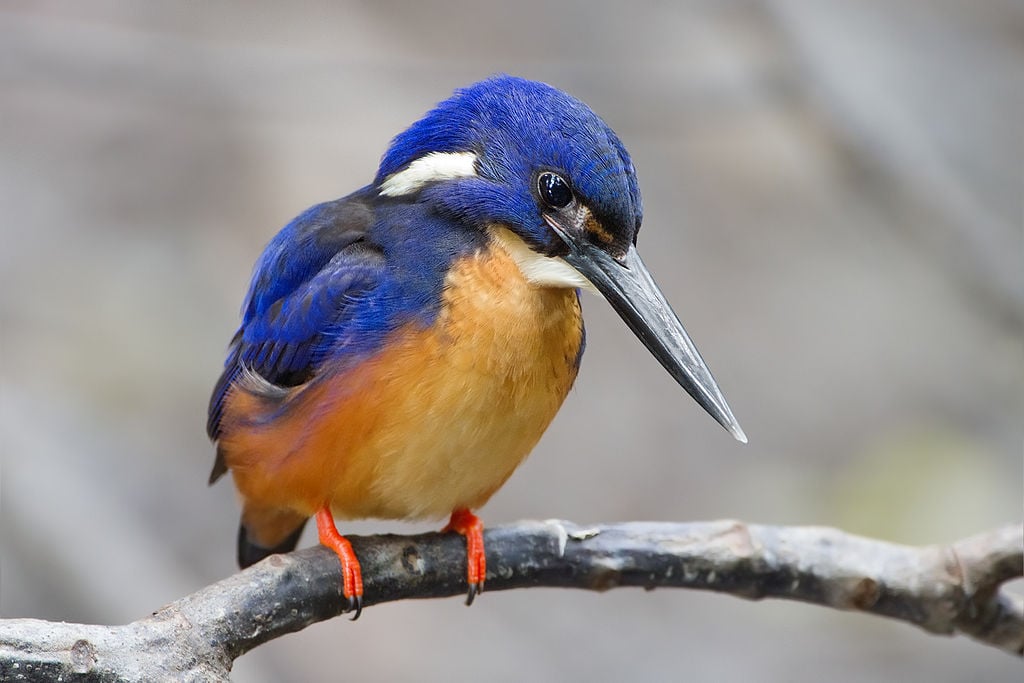 The kingfisher's beak was the inspiration for a new nose cone design for high-speed trains. Source: By JJ Harrison/CC BY 3.0

For much of the last century, science and engineering have used reductionism to understand and exploit the laws of nature. Reductionism is the practice of analyzing and describing complex phenomena in a simple or more fundamental way. For instance, the airfoil is a simplification of the variety of wings and gliders found in nature. This approach has been wildly successful in advancing technology but has limitations. Sometimes the complexity of animal parts engineered by evolution over eons has important second-order effects, meaning that when reduced to simple, fundamental designs, important aspects of the biotechnology are reduced or lost.

With advances in tools such as high-powered microscopes, chemical characterization and computer modeling, researchers have increasingly been turning to biomimicry in order to develop new, less intuitive technological solutions. Biomimicry is the design and production of materials, structures and systems that are modeled on biological parts and processes. As opposed to reductionism, biomimicry tries to understand how bio-complexity enhances a more fundamental model of a technology. The idea is that millions of years of evolution have, by trial and error with natural selection, developed extraordinary tools that exploit natural laws in unique and complex ways.

One example of a technology derived from biomimicry is synthetic setae. For millennia, naturalists have noted that the gecko is able to effortlessly run up vertical surfaces, seemingly immune to gravity. Researchers determined that geckos were able to do this through the use of setae found on their toes. Gecko feet have five toes that are covered with elastic hairs called setae, which split into nanoscale structures called spatulae. The large number of these spatulae creates a massive effective surface area on the foot of the gecko, which interacts via the van der Waals force in order to produce adhesion.

The beauty of this van der Waals adhesion is that the gecko can control its strength by fanning or unfanning the spatula. This is what allows the gecko’s foot to stick strongly to a vertical surface one moment and then be easily lifted off the next as it is running. Since the adhesion mechanism was discovered in 2002, there has been a large amount of research into synthetic setae for adhesion or “gecko tape.” Although there are still issues to overcome with regards to cost and durability, it’s clear this technology will likely play an important role in the future of adhesives.

A kingfisher is a medium-sized, brightly colored bird that catches prey by swooping down from a perch, diving into the water and then rising out of the water with its catch. This is no small technological achievement given the contrasting fluid dynamics of air and water involved. Kingfisher’s have evolved specialized beaks that allow them to dive into the water with very little splash, thus maintaining much of their airspeed into the water. It turns out the kingfisher’s beak design has useful aerodynamic properties for bullet trains.

As bullet trains have improved and speeds have increased, the noise associated with their approach has increased substantially. As the trains entered tunnels, the compressed air ahead of the train would create a loud shock wave known as a “tunnel boom.” These booms were extremely loud and in some cases damaging to the tunnel. Engineers looked to the aerodynamics of the kingfisher beak for help. The theory was that the increased pressure experienced by a train suddenly entering a tunnel is analogous to a kingfisher’s dive into the water. Replacing the blunt nose cone of the train with one shaped like a kingfisher’s beak greatly reduced the tunnel boom effect.

The above examples of technological advancement inspired by nature are but a few of the many innovations currently being developed through biomimicry. This is not to say that classical reductionism has lost its value. To the contrary, reductionism will always play an essential role in our understanding of the natural world. Instead, biomimicry and the study of complex systems, in general, should be thought of as a complementary approach to research and development.

The computation power of computers has reached the point where complexity can be meaningfully studied and exploited. Non-trivial second order effects can have become important as we push the boundaries of speed, adhesive strength, material strength and other properties. Tunnel boom was not significant enough in slower trains to warrant a solution; a solution wasn’t needed until trains started to reach very high speeds.

Could a bottom-up solution have been developed that would have produced the aerodynamics needed to solve the tunnel boom problem? Possibly, but there is no question that turning to nature saved the engineers significant time and money. Nature has been solving problems like this, explicitly for the survival of species, for millions of years.

It is only natural, after so much trial and error, that elegant solutions should be available that can help us overcome engineering obstacles as we push the limits of our existing technologies.

By posting a comment you confirm that you have read and accept our Posting Rules and Terms of Use.
Advertisement
RELATED ARTICLES
Watch: Gecko feet prove that robots need toes to climb
Want to Climb Like Spiderman? The Secret is in Gecko Toes
Watch How Soft Robotic Fingers Get a Grip With Gecko Adhesives
Mini Search and Rescue Robot Inspired by Nature
UV Light Turns Gecko-inspired Adhesive On and Off
Advertisement