The FAA is phasing in a nationwide beta test of the Low Altitude Authorization and Notification Capability (LAANC). The plan is to deploy the system at nearly 300 air traffic facilities covering approximately 500 airports. The beta expansion follows what the agency says was the successful evaluation of a prototype LAANC system in November 2017.

Drone operators using the LAANC system can receive near real-time airspace authorizations.The first facilities taking part in the beta test are in airspace controlled by facilities in Houston; Kansas City, Kansas; Fort Worth, Texas; and Albuquerque, New Mexico. The final deployment will begin on September 13.

Drone operators using the LAANC system can receive near real-time airspace authorizations, which decreases the wait experienced using the current manual authorization process and allows operators to plan their flights more quickly. LAANC uses airspace data that show the maximum altitude ceiling around airports where the FAA may authorize operations.

As UAS operations grow in number, so do worries over potential collisions between drones and piloted aircraft.

A research team from the Alliance for System Safety of UAS through Research Excellence (ASSURE) released a report in November 2017 that said that drones that collide with large manned aircraft can cause more structural damage than birds of the same weight for a given impact speed.

The Federal Aviation Administration (FAA) said it would use the research to help develop operational and collision risk mitigation requirements for drones. 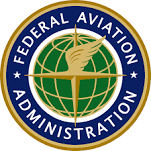 Unlike the soft mass and tissue of birds, most drones are made of more rigid materials. The testing showed that the stiffest components of the drone – such as the motor, battery and payload – can cause the most damage. Concentrating those masses on the drone can also cause greater damage, the researchers found.

The research team evaluated the potential impacts of a 2.7 lb. quadcopter and 4 lb. quadcopter and a 4 lb. and 8 lb. fixed wing drone on a single-aisle commercial transport jet and a business jet. They examined impacts to the wing leading edge, the windshield and the vertical and horizontal stabilizers. The windshields generally sustained the least damage and the horizontal stabilizers suffered the most serious damage.

The structural damage severity levels ranged from no damage to failure of the primary structure and penetration of the drone into the airframe. The research did not explore the risk to flight imposed by that damage.

By posting a comment you confirm that you have read and accept our Posting Rules and Terms of Use.
Advertisement
RELATED ARTICLES
Drone Impacts with Aircraft Can Be More Lethal Than Birds, Study Says
DOT and FAA Propose Rules for Small Unmanned Drone Aircraft
Video: Project Wing Just Took a Major Step Toward Successful Drone Delivery
When It Comes to Drones, the FAA Is Too Fearful, NAS Report Says
FAA to Test Drone Detection System at Selected U.S. Airports
Advertisement