Starliner space taxis under development by Boeing Co. will include about 600 3-D printed plastic parts manufactured by Oxford Performance Materials.

Components manufactured by the South Windsor, CT-based company will help Boeing lower costs and weight on each seven-seat capsule, compared with traditional metal and plastic manufacturing. The PEKK plastic, which is fire- and radiation-resistant, is as strong as aluminum and offers weight savings of about 60% (see video). 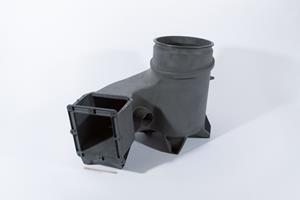 Oxford, which started as a materials science company in 2000 and added 3D printing in 2006, has already shipped parts for the Starliner. It also makes aircraft parts and cranial and facial implants, as well as replacement human vertebrae.

Boeing is building three Starliner capsules under a $4.2 billion NASA contract, and the first is due to blast off in June 2018 from Cape Canaveral, and carry its first crew in August 2018. It will be launched on an Atlas V rocket supplied by United Launch Alliance, a joint venture between Boeing and Lockheed Martin Corp.