90% of Cyberattacks Are "Known" Threats

New research from AT&T suggests that most cyberattacks impacting today’s businesses are “known” or common threats. 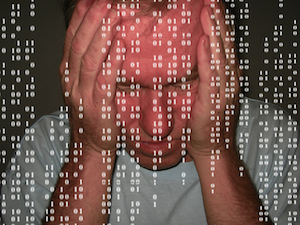 Over the past year, 90% of companies experienced a malware attack in which infected software infiltrated their network. Image credit: Pixabay.The mainstreaming of cyberattack methods has made it possible for anyone from a student to a nation state to launch an attack on an organization. According to AT&T, while the hype and uncertainty surrounding new cybersecurity threats or vulnerabilities paint the picture that such attacks are seemingly unstoppable, more than 90% of those carried out in the past year were “known."

In its study, "The CEO’s Guide to Navigating the Threat Landscape," AT&T says that over the past year:

· 90% of companies experienced a malware attack in which infected software infiltrated their network.

· Ransomware, wherein hackers threaten an attack in exchange for money or valuable information, and data-stealing software attacks increased sevenfold between July and August 2016.

· 73% of companies suffered at least one distributed-denial-of-service attack.

“The daunting depiction of newly discovered security threats often gets attention from media and business leaders alike. But in fact, most attackers are targeting businesses using forms of attacks we already know about and can help defend against,” says Mo Katibeh, senior vice president of advanced solutions. “In today’s digital age, businesses need to remain vigilant about deploying and updating core security protections, and in educating employees on how their actions might impact the company’s security.”

AT&T advises companies to ensure defenses are updated to protect against the threats already out there. Essential steps include creating a security culture within the organization; staying current with security patches, logs and software updates; and implementing new technologies with security in mind.

By posting a comment you confirm that you have read and accept our Posting Rules and Terms of Use.
Re: 90% of Cyberattacks Are "Known" Threats
#1

Cyberattacks have become is a real travesty and should be stopped immediately. As to your problem, I think that ransomware protection from https://spinbackup.com/products/ransomware-protection/ should do the job. I am 100% sure that we will see a permanent solution to this problem in the nearest future.