Scientists from ExxonMobil and the Georgia Institute of Technology have developed a technology that they say could reduce the amount of energy and emissions associated with manufacturing plastics.

Using a molecular-level filter, the process uses a form of reverse osmosis to separate para-xylene, a chemical building block for polyester and plastics, from complex hydrocarbon mixtures. The current commercial-scale process relies on energy and heat to separate those molecules. 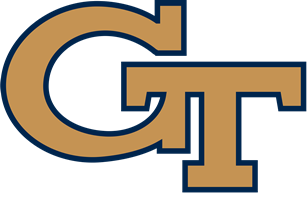 Georgia Tech and ExxonMobil researchers say they have a more energy efficient process for plastics manufacturing.The research demonstrates that para-xylene can be separated from like chemical compounds, known as aromatics, by pressing them through a carbon-based membrane that acts as a high-tech sieve, similar to a filter with microscopic holes. Commercially practiced separations involve energy-intensive crystallization or adsorption with distillation.

The ExxonMobil and Georgia Tech team first developed a membrane capable of separating molecules as small as a nanometer. The membrane was then incorporated into an organic solvent reverse-osmosis process, during which aromatics were pressed through the membrane, separating thepara-xylene.

"In effect, we’d be using a filter with microscopic holes to do what an enormous amount of heat and energy currently do in a chemical process, similar to that found in oil refining,” says Mike Kerby, corporate strategic research manager at ExxonMobil.

ExxonMobil says the carbon-based membrane is about 50 times more energy efficient than current membrane separation technology. Because the new membrane is made from a commercially available polymer, ExxonMobil believes it has potential for commercialization and integration into industrial chemical separation processes.

Reverse-osmosis membranes are already used to desalinate seawater. The new organic solvent reverse-osmosis process is believed to be the first use of reverse osmosis with carbon membranes to separate liquid hydrocarbons.

The technology still faces challenges before it can be considered for commercialization and use at an industrial scale. The membranes used in the process will need to be tested under more challenging conditions, as industrial mixtures normally contain multiple organic compounds and may include materials that can foul membrane systems. The researchers also must learn to make the material consistently and demonstrate that it can withstand long-term industrial use.

By posting a comment you confirm that you have read and accept our Posting Rules and Terms of Use.
Advertisement
RELATED ARTICLES
Water Treatment Using Forward Osmosis Process
Green membrane is a step toward eco-friendly desalination
Nanofilter Could Offer More Efficient Wastewater Treatment
Hollow Fiber Membrane Modules for Forward Osmosis
Pre-treatment to optimize membrane filtration
Advertisement