Researchers at the Cockrell School of Engineering at the University of Texas at Austin (UT) have developed a new open-source computer programming framework that could help make the web more energy efficient by allowing people to save more battery power while browsing on mobile devices.

To help mobile device users maximize their limited battery storage, UT Electrical and Computer Engineering Professor Vijay Janapa Reddi and graduate student Yuhao Zhu have developed what they are calling “GreenWeb,” a set of web programming language extensions that enable web developers to have more flexibility and control over the energy consumption of a website.

GreenWeb is designed to guide the web browser engine more efficiently to save processor energy without sacrificing user experience. The language extensions, implemented as CSS style rules, allow developers to express hints to the browser, which in turn conserves power when excessive computational horsepower is not necessary. 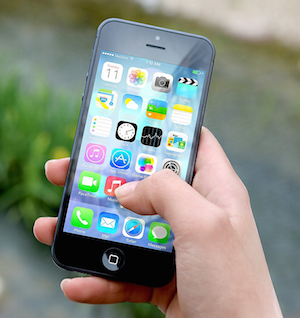 GreenWeb is designed to guide the web browser engine to save processor energy without sacrificing user experience. Image credit: Pixabay. The researchers integrated GreenWeb into Google Chrome and reported energy savings of 30% to 66% over Android’s default mode. As mobile device users spend nearly two-thirds of their time browsing the web, those energy savings could result in a 20% to 40% battery life extension.

“Web pages and apps are getting larger and increasing in complexity, putting more pressure on CPU and network resources for performance that draws power,” says Reddi.

The web’s energy demands have significant implications in the digital economy, the researchers note. Poor energy behavior is one of the top reasons that mobile users give negative app reviews, and 55% of mobile users say they would delete an app for heavy battery usage, according to an independent survey by market research company Instantly.

Additionally, high energy requirements of a website or app could lead to processor performance throttling, which in turn leads to slower web page load times, resulting in lost traffic, consumers and revenue.

By posting a comment you confirm that you have read and accept our Posting Rules and Terms of Use.
Advertisement
RELATED ARTICLES
ParkMobile announces partnership with city of Auburn, Alabama to offer contactless mobile parking
Video: Early detection of algal blooms with smartphone app
Flexible solutions for changing times
Digital work-instruction platform for oil and gas workers launched by Intoware
Is CAD coming to your browser?
Advertisement