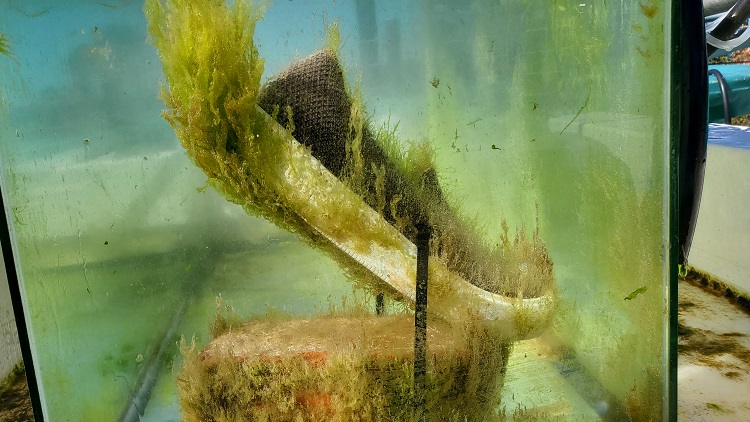 New biodegradable materials have been designed to replace conventionally used plastic and to have a short-lived environmental presence. The polyurethane foams formulated by researchers from Algenesis Inc., University of California San Diego and Scripps Institution of Oceanography not only biodegrade in land-based composts but also biodegrade in seawater.

The environmental fate of the bio-based foam, composed of 4,4′-methylene diphenyl diisocyanate and linear polyester polyols, was tested at the Scripps’ Ellen Browning Scripps Memorial Pier and Experimental Aquarium in California. Changes in foam samples subjected to tidal and wave dynamics were monitored using Fourier-transform infrared spectroscopy and scanning electron microscopy. Evidence of degradation was observed in as little as four weeks, and microorganisms were identified from six marine sites around San Diego that are capable of breaking down and consuming the polyurethane material.

The marine organisms colonize on the polyurethane foam, biodegrading and transforming the material back to its parent chemicals. The latter are consumed as nutrients by the marine bacteria and fungi identified, and some of these microbes are capable of performing all of the steps necessary to biodegrade polyester polyurethanes. Significant physical degradation in as little as four weeks in the ocean was observed, indicating a markedly faster biodegradation pace relative to the 10 to 600 years required for other plastics to degrade.

The research published in Science of the Total Environment supports the potential to synthesize high performance plastic products that also can degrade in the ocean instead of adding to the volume of plastic waste currently polluting the marine environment. These biodegradable polyurethane materials are currently used as foams in the first commercially available biodegradable shoes marketed by spinoff company Blueview.