Marie Donlon | August 08, 2022
Researchers at the University of Naples Federico II in Italy have developed a new interactive robotic bartender. 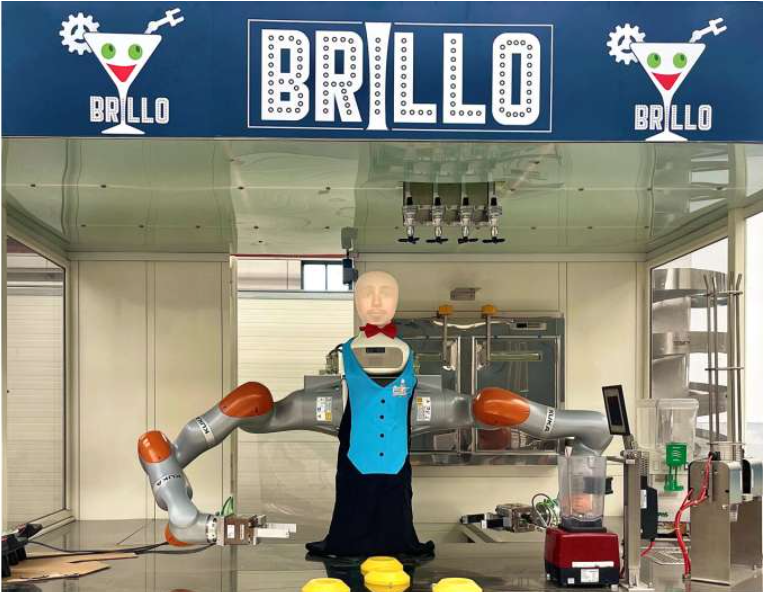 According to its developers, BRILLO also features a microphone, speaker and a camera that captures images of customers so that the system can examine customer body language and process what the customers say and how they respond. This data is captured and stored by the system so that it can be recalled when that same customer returns in the future.

To mimic the interaction between customer and bartender, the robot creates profiles of its customers based on their preferences as determined by both verbal and non-verbal cues. Using this data, the robots can make future drink recommendations or guide future conversations based on previously discussed topics.

Based on this, the system enables the robotic bartender to process both the verbal and non-verbal cues of the customer, which reveals their mood, their level of attentiveness and their preferred drinks. The robot then stores this information for later use.

The research is detailed in the article, Personalized Human-Robot Interaction with a Robot Bartender, which appears in the Adjunct Proceedings of the 30th ACM Conference on User Modeling, Adaptation and Personalization.

For more information on BRILLO, watch the accompanying video that appears courtesy of the University of Naples Federico II.

Dealing with the vagaries of the human condition is what separates us from machines and makes people infinitely more interesting than machines. A dog would make a much better companion than a robotic bartender and probably a good number of people as well.