The world’s longest passenger train is being assembled as part of the celebrations for the 175th anniversary of Switzerland’s railway system. If successful, the train trip scheduled for October 29, 2022, by Swiss Rhaetian Railway in partnership with ABB will be entered into the Guinness Book of Records

The 1,910 m long train with 100 carriages will stretch over almost 2 km along its tunnel-lined heritage route in the Swiss Alps regions of the Engadine and Graubuenden, and continuing on via the Landwasser Viaduct, to 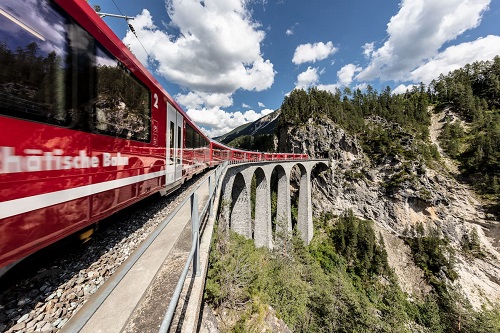 Source: Swiss Rhaetian Railway overcome a 789 m change in altitude. The rail system is expected to run for 46 minutes at 30 to 35 miles per hour, weigh about 2,990 tons and have 150 guests on board.

The 25 Capricorn Stadler carriages to be included in the train trial are equipped with energy efficient ABB traction technology, enabling recovery of regenerative braking energy.

“We have installed the most energy-efficient convertors which exist” said Gil Fischer, ABB head of traction sales and service. “That makes us really proud that in a transportation system which is already ecologically friendly we can be even more friendly by being at the highest standard of energy efficiency.”

Re: Video: Preparing to roll the world’s longest passenger train
#1

Why only 150 guests? Couldn't it carry a lot more?

See the entire discussion on CR4, the Engineering Community
Advertisement
RELATED ARTICLES
Sensors to monitor trains, keep them on track
Restored Orient Express carriages hint at a return to operation for the famed long-distance service
Fuel Cell Set to Power German Train Service
Track to the Future: How Railways Are Getting Smarter
Video: Honda takes to the air with its first business jet. Faraday Future rolls the dice on Las Vegas for an auto plant. ABB commissions one of the world’s longest high-voltage AC power cables.
Advertisement 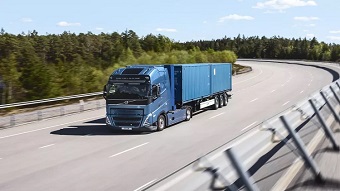