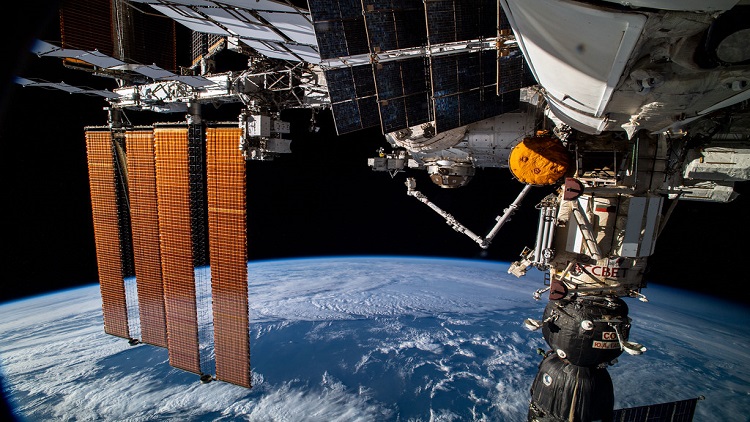 Solar panels on the ISS above the Atlantic Ocean. Source: NASA

Generating energy from the sun seems like a perfect solution to the energy crisis. The sun is widely available and the materials used to make solar panels are too, leading inventors and researchers to find innovative applications for photovoltaic (PV) technology.

PV power is a clean source of energy that can be used for both commercial and residential purposes. The technology has been around for almost a century, with applications in the military, space programs and other fields to create sustainable power.

There are now many different types of PV systems, though the most common type uses solar panels to convert sunlight into electricity.

Electricity can be generated from the sun through a solar cell, which consists of a semi-conducting material 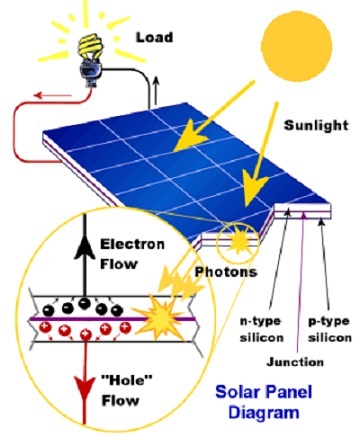 Solar panel schematic. Source: Tssenthi/CC BY-SA 4.0 that absorbs light. When light hits the solar cell, electrons are knocked off the atoms in the material and then flow through an external circuit, generating an electrical current.

Solar panels are typically made from silicon. Silicon is widely available as silica, the main component of natural sand, making silicon the second most abundant element on Earth. However, refining silicon requires a significant amount of energy.

One major downside of PV energy is that solar panels can only generate electricity during the day when the sun is out. Recent technological developments hope to make nighttime PV cells a reality. To make electricity during the nighttime, an alternative concept that uses thermoradiative PV from the field of radiative cooling can be considered. In this concept, the earth serves as a heat source and the night sky functions as a heat sink.

The infrared spectrum of the sun contains energy that is invisible to the human eye. A solar panel warmed during the day by solar irradiation will release thermal radiation as infrared light during the night. A negative voltage is created as the electron-hole pairs in the solar cell recombine throughout the semiconductor, generating electricity.

A major problem with solar energy farms is the amount of land needed, an issue that could be addressed by integrating solar panels on other functional structures like noise barriers.

Noise barriers are designed to help reduce noise pollution in the surrounding area generated by traffic. The World Health Organization has recognized traffic noise as a factor contributing to pollution. Noise barriers are commonly built around highways and from 1993 to 2019, there have been 3,332 miles of noise barriers constructed in the U.S.

When installing PVNBs, the direction faced by the wall, also known as the azimuth-orientation, should be considered to allow for efficient energy generation. Recent advancements in bifacial PV technology eliminate some of those constraints.

Roads seems like an ideal medium to increase our solar energy surface area. With this application, solar cells are layered over a roadway, instead of tarmac.

The electricity generated on road surfaces can power streetlights, heating mechanisms to melt snow, or can feed back into the energy grid. If all of the land used to drive on was also used to generate electricity, much of the world's energy needs would be adequately supplied.

Unfortunately, there have been many problems with solar-powered roads, rendering this application impractical but as technology advances, so does the opportunity for this use. Now, solar panel prototypes are theoretically 45% efficient and the fabrication cost has dropped. 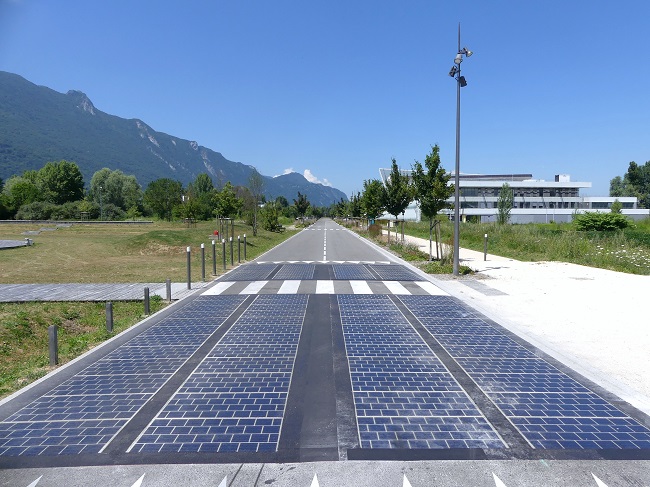 However, some major challenges still remain as cars are not designed to drive on glass, leading to safety concerns. As well, the manufacturing and maintenance costs still put a future of large scale solar-powered roads in the distance, though more niche applications will likely prevail in the meantime.

The Swiss Alps is home to dramatic and beautiful scenery. In 2021, construction began to develop a floating solar platform 1,800 m (5,900 ft) high in the Alps. This is Switzerland’s high-altitude solar plant, and with this project’s completion, the country is hoping to generate 800,000 kWh of green energy throughout the year.

The solar farm is located in a man-made reservoir: Lac des Toules by the town Bourg-Saint-Pierre. With floating solar panels with an area of 2,240 m2, the project is sure to inspire more applications for PV.

[Find information about PV systems and equipment manufacturers on GlobalSpec]

Solar panels have already been used to harness the power of the sun in space., enabling space agencies to generate electricity and power satellites, space probes and other spacecraft. The International Space Station (ISS) is one example, and researchers seek to take PV technology one step further.

Space is a harsh environment, and outside of Earth’s atmosphere, solar radiation is stronger. There would be no louds preventing solar panels from generating electricity, but the downside is that solar equipment would degrade faster and be subject to damage by space debris.

Caltech recently received $100 million to advance research into PV power from space. The ISS would gather solar energy and transmit it to Earth via microwaves. This innovative solution could lead to a global supply of affordable and clean energy. 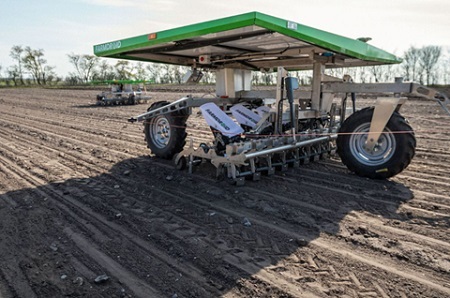 Working the farm fields in the summer sun can be quite tiring for a human, but a solar-powered robot would only benefit from the bountiful availability of sunlight.

FarmDroid FD20, is a seeding and weeding field robot that was first developed for use on sugar beet crops. Compatibility with other crops is in the works.

Utlizing a GPS signal, FarmDroid can mark the placement of crops at sowing and perform weed control between and in rows throughout the growing season. This field robot can completely eliminate the need for manual weed control. With four solar panels, the FarmDroid can work for up to 24 hours at carbon dioxide-neutral operation.

Portable solar panels are a great option for camping, hiking and other outdoor activities. These panels are light, easy to transport, and can be used in any location. The panels can be set up in a variety of different ways, including on the ground or mounted on a tent or camper. Small ones can be purchased for less than $100 and are a promising way to generate electricity when venturing in the outdoors. 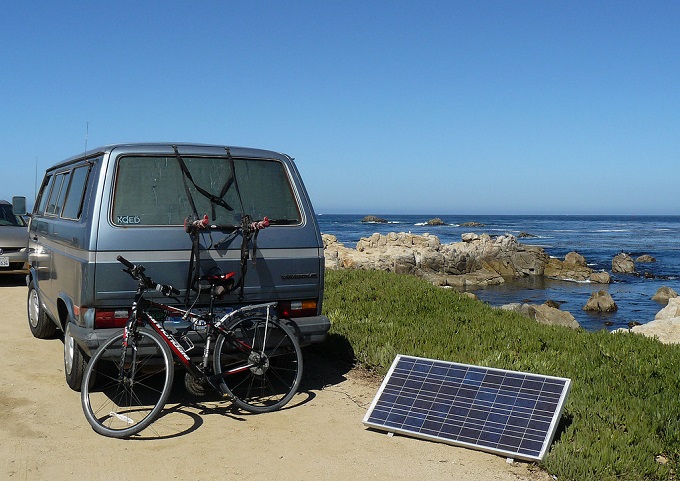 The future of sustainable energy

PV is a viable alternative to fossil fuels. It is a clean, renewable energy source that can be used to generate electricity without emitting harmful greenhouse gases into the atmosphere. Recent technological advancements have made PV more affordable and efficient, though the carbon footprint and life cycle assessment of PV applications need to be considered before a PV project is labelled as a successful source of sustainable energy.

Jody is a freelance writer in the technology and engineering niche. She studied in Canada and earned a Bachelor of Engineering. Jody has over five years of progressive supply chain work experience and is a business analyst. As an avid reader, she loves to research upcoming technologies and is an expert on a variety of topics.