IHS forecasts a slight improvement in the global economy in 2016, with projected growth of around 2.9%.

“Solid growth in the United States and a slight pickup in the pace of Eurozone and Japanese economic activity—combined with an expected easing of recessionary pressures in Brazil and Russia—are among the reasons for this moderately upbeat assessment,” says Nariman Behravesh, chief economist. 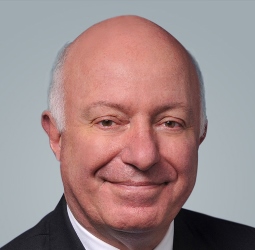 Behravesh cautions that many downside risks exist, including high public- and private-sector debt levels, corporate risk aversion and further weakness in China. Image credit: IHS.Low oil prices and more monetary stimulus—in particular, from the European Central Bank, the People’s Bank of China and (possibly) the Bank of Japan—will support growth, and also could provide the basis for some upside surprises.

However, Behravesh says that there are many downside risks, including high public- and private-sector debt levels, corporate risk aversion, further weakness in China and other emerging markets and geopolitical risks. This means that the probability of the global economy being stuck in low gear for another year is “uncomfortably high,” he says.

Regional forecast highlights for 2016 include:

By posting a comment you confirm that you have read and accept our Posting Rules and Terms of Use.
Advertisement
RELATED ARTICLES
Global Economy Growth Rate of 3% or More Expected in 2015
World Economy Stuck in Low Gear, IHS Economist Says
Global Economy to Grow 2.5-3.0% in 2016, IHS Says
‘Great Divergence’ Creating Winners and Losers in Global Growth Game, IHS Chief Economist Says
Oil Price Outlook Signals That Impairments Are Likely Through 2015, IHS Says
Advertisement