Scientists from the University of California, Berkeley (UC Berkeley) have developed a shape-shifting drone. 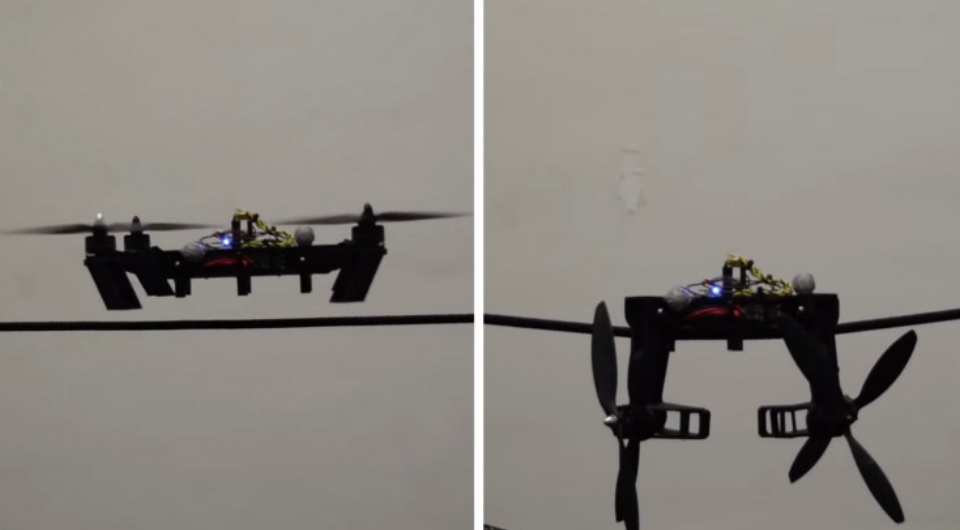 The quadcopter is reportedly able to maintain stable flight when folding any two of its arms using its passive actuated hinges, enabling the drone to take on an assortment of shapes.

The Midair Reconfigurable Quadcopter can reconfigure itself to squeeze through narrow openings, grasp objects and perch on hanging wires such as power lines.

For more information on the Midair Reconfigurable Quadcopter, watch the accompanying video that appears courtesy of UC Berkeley's HiPeRLab.

By posting a comment you confirm that you have read and accept our Posting Rules and Terms of Use.
Advertisement
RELATED ARTICLES
Watch this reconfigurable robot change shape
Morphing aerial drones: Flying robot dragons, bird-mimicking quadrotors and more
Quadcopter drone features suction cup for adhering to marine life
Aerodynamics of multirotor drones
'Bijels' Could Lead to Soft Robotics, Liquid Circuitry and More
Advertisement