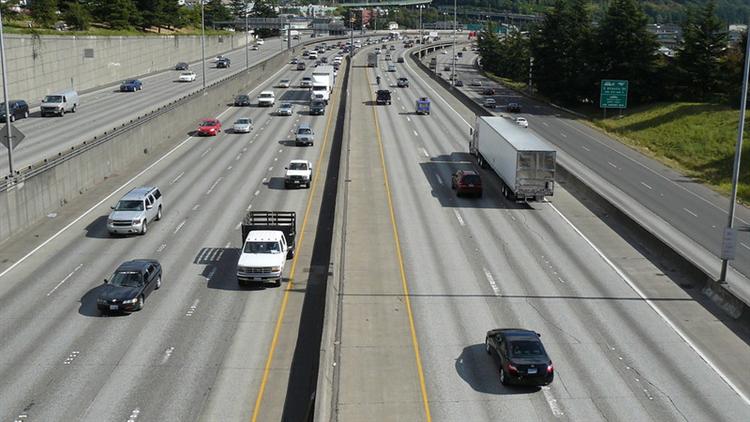 How technology and employers are helping people get to work more efficiently with a few clever tricks.

Transforming urban transportation has become the focus for hundreds of companies offering a wide range of digital solutions. The list of key players includes some of the world’s biggest companies, like Alphabet. This giant organization spends tens of billions of dollars each year to develop better transport options for Google Maps, Waze, Waymo, Sidewalk Labs, and even at Google X – the company’s “moonshot factory”.

Some smaller companies are providing innovative solutions in the realm of the reverse commute. These are defined as trips where employees commute from urban residences to their place of employment located in outlying sites, especially in suburban offices or industrial parks. According to JLL, a professional services firm focusing on real estate and investment management, there are some 4.8 million reverse commuters in the top 25 regions they track. Every major metro region in the U.S. has a significant number of reverse commuters.

Prompted initially by the 1965 riots in the major U.S. metropolitan areas, including in Los Angeles and Chicago, the federal government tried, by and large unsuccessfully, to address spatial mismatch. Between 1967 and 1970, a series of 14 programs to provide mass transit options for reverse commuters was launched across 14 metro areas. These efforts were plagued by high cost and exposed the difficulty of applying mass transit approaches to a distributed employer base. This kind of transportation, by itself, could not resolve a set of complex and varied social issues. Most of the programs were ultimately discontinued. According to the same U.S. Department of Transportation study, of the 14 of programs only three were deemed marginally successful and continued after a local transit operators took over the routes.

Today, many metropolitan centers have been revitalized. A new generation of employees, who cherish the vibrancy of the city as a residence, seek employment in the surrounding office or industrial parks. This new generation tends to eschew personal cars, favoring ride-sharing and other shared mobility options instead. But still, convenient, effective reverse commute options are scarce.

Most shared mobility solutions, from on-demand ride hailing to e-scooters, require a constant level of high demand and have predominantly taken hold within urban areas. Peak demand, such as during commute periods, leads to supply scarcity and surge pricing – far from ideal conditions for commute applications. Ride hailing is an individual transportation mode and is therefore inherently costly. It also does not address some key commuting issues, especially traffic congestion and environmental sustainability. Micro-mobility solutions, including e-bikes and scooters, are effective only in short distances, and they are sensitive to weather conditions.

The public policy benefits of using public transit infrastructure for reverse commuting are significant and include leveraging underutilized capacity, congestion relief and sustainability. However, public transit systems in most major U.S. cities were designed around established commuter routes -- and thus they cater to them. Rail transit schedules are aligned with traditional, inbound commuter demand. Stops are optimized to reach the maximum number of residences, which does not necessarily align with suburban office or industrial workplace locations, typically clustered at a distance from residential concentrations.

A 2019 study of the Boston Metro reverse commute identified significant barriers for workers living in the urban core who want to reach suburban employment locations. “The U.S. Census Bureau’s data show that 15.4 percent of all commuting trips in the Boston region are reverse commutes, but relatively few of these trips are made by transit,” according to the Boston Region Metropolitan Planning Organization (BRMPO.)

The Boston case study highlights the challenges faced by public transit systems: “It is difficult to provide reverse commuting transit services that are efficient from an operations standpoint and do not require multiple transfers or long walking distances at one or both ends of a trip … [and that] the MBTA does not have the resources to implement new reverse-commuting services that could require years for ridership to build.”(BRMPO)

If public transit organizations are unable to solve the reverse-commuting puzzle by themselves, perhaps the private sector needs to step up. Consider the situation in the Dallas/Fort Worth metro region.

Transport management agencies, composed of private-public partnerships, have stepped in to help by operating last-mile shuttle services from public transit endpoints to businesses in the outskirts of the metro area. And yet, big challenges remain. Lack of accessibility and the need to make several transfers discourage those considering reverse commuting by transit, in many cases leaving the car as the only viable option. To address these shortfalls, new reverse commute mobility solutions are needed.

Some forward-thinking companies are taking on the reverse commute challenge by combining state of the art technologies with traditional bus services. As a leading provider of smart bus commuter solutions, Zeelo is one of them.

According to Barak Sas, corporate development executive at Zeelo, “Making the reverse commute convenient, safe and reliable is the key to success.”

He added that “buses need fewer passengers than light rail to achieve critical mass and are therefore better suited to directly serve dispersed business locations in the suburbs. On the other hand, buses are 30x more efficient than single occupancy cars, or ride hailing vehicles, for that matter.”

Zeelo constructs routes using a proprietary artificial intelligence (AI)-powered algorithm, called route integration navigation algorithm (RINA). RINA enables Zeelo to design routes that originate where employees live, rather than at the endpoints of transit systems. At the other end of the commute, bus routes are designed for drop offs at or very near the work location, thereby avoiding the need for multiple transfers. Zeelo seems to be well-suited to support first and last mile solutions. And it can also propose tailored alternatives in cases where too many transfers would render a commute inconvenient or impractical.

Intelligent route design enables schedules to be driven by actual reverse commute transit demand, rather than the consequence of a commuter system directed in the opposite direction. In addition, Zeelo operates a 24/7 contact and operations center. All trips are managed and allocated through this central platform, which in turn are connected to driver and passenger apps.

App-based technology for passengers creates a seamless rider experience. Commuters can book and manage travel passes, manage booked journeys, message or speak to a live 24/7 support team, track the vehicle and receive notifications of any delays. A rating function closes the loop for continuous improvement of the service. Similarly, the driver app allows Zeelo to closely track vehicle movements, and enables passenger identification and check-in.

The Zeelo service is employer-sponsored, and it can be tailored with precision around a client’s priorities. For example, employee cost contributions can be structured at any level, and in various forms such as daily, weekly, monthly or annual passes. Routes can be designed to support recruiting efforts in specific urban areas and can be dynamically adapted if employee patterns change. Passengers check in using a QR code, which provides additional security. COVID 19-safety measures, such as capacity restrictions for social distancing and contract tracing, are available. Policy adjustments in response to changing conditions can be implemented quickly and efficiently.

Tech-enabled bus-sharing services provide a better experience, advance social mobility and improve sustainability. According to the Brookings Institution, a Washington, D.C.-based think tank and policy researcher, 7.5 million households in U.S. metropolitan areas are zero-vehicle households, and these can only reach just over 40% of metro-wide jobs via transit within 90 minutes. The dependence of social mobility, and ultimately, quality of life, on access to employment is a well-documented fact. Providing a variety of effective commute transport options turns out to be a crucial resource that encourages the diversity, health and wellbeing of urban communities.

When Aston Martin was looking to implement a commute solution for its employees, congestion and sustainability played a key role in the decision. Other large public institutional investors, such as Blackrock and Vanguard, use environmental, social responsibility and governance standards for their strategic investment criteria.

Reverse commuting represents an obvious need and has enormous benefits to both the public and employers. Nonetheless, complex challenges and high cost have stymied efforts to build and maintain adequate mass transit solutions for the reverse commute. A new set of private sector companies deploying 21st century technology, and a good dose of attention to environmental and social responsibility in corporate boardrooms may just be able to finally tackle the problem. The public and private sector constituents should do everything they can to let those companies have a go at it!

For more than four decades, Feller has worked to accelerate urban innovation at the intersection of sustainability, smart policy and private investment – all with a focus on economic development. Gordon has worked for leading organizations: World Bank, Ford Motor, Stanford, IBM, Apple, ISO, Chevron, Bechtel, Lockheed, the UN, national governments, Reuters and others. From 2010 to 2017 he served as director of urban innovation at Cisco Systems. Gordon founded Meeting of the Minds, a unique global leadership network to support innovation-powered cities. He was the Obama appointee on the matter. He sits on corporate and non-profit boards, and served as a Global Fellow at the Smithsonian Institution's Wilson Center in Washington, D.C.

By posting a comment you confirm that you have read and accept our Posting Rules and Terms of Use.
Advertisement
RELATED ARTICLES
Mobile app in development to inform commuters of commuting conditions
Ph.D. Student Suggests Cutting Traffic Might Be Achievable with Reserved Driving Times
Working from the Comfort of Your...Car?
NYC commuters begin cashless commute on select subway, bus lines
Where will public transit fit into MaaS?
Advertisement