How to keep factories cool in summer heat 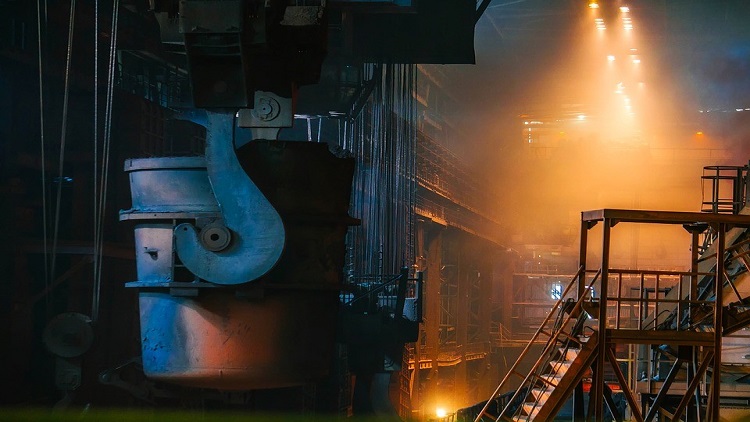 Warmer weather is upon us and keeping production workers cool is imperative during the heat of summer. Hydration is critical in replacing fluids lost by the body’s attempt to cool itself in the heat. Not all factories have the luxury of air conditioning during the summer, but there are some creative things engineers and management can do to try and keep everyone calm and cool; read on for some excellent ideas. Not to worry, these ideas will work to reduce cooling bills, even if air conditioning is already installed.

Many states have grants and/or tax credits to help companies implement alternative energy sources. A benefit of the implementation may be powering machines or providing energy to cool a factory in the summer. Energy sources such as geothermal or solar are excellent choices and typically provide a great return on investment. Check with your local power company because they may also provide subsidies or buy back unused power that the alternative energy sources generate. The U.S. Environmental Protection Agency’s website is a great place to start research.

Use your thermodynamics skills: Create a cross-breeze

Heat rises, right? Take advantage of this in cooling in a factory setting by opening doors, garage doors or windows to create a breeze. If you have any ability to vent air out the top of the factory, utilize that too. Ideally, an airstream is running in the direction of the wind, through a low-lying window, through the factory and then up and out a vent in the ceiling. If the factory is closed off from the outside, consider adding some ventilation piping in strategic places in the walls or ceilings. 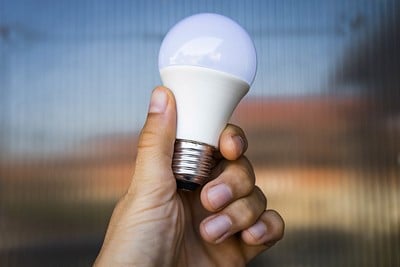 Switching to LED bulbs will emit less heat from the light, and also save energy and costs.

Because of their lower energy consumption for the same amount of light produced, LED bulbs waste less energy in the form of heat. Switching all factory lighting for LED style bulbs will help to reduce the amount of heat entering the factory and help to keep it cooler. As a benefit, LED bulbs also cost less to run and provide higher quality lighting for production personnel. See the difference in heat output with this video showing how fast chocolate melts under each type of lighting.

Dry out air to allow for optimal cooling

Dry air is better at absorbing the sweat which is trying to evaporate and cool people down. Humid air feels muggy and will also have a chance of condensing on skin. Decrease the humidity in areas people are working by strategically placing various types of dehumidifiers. This should be a less costly option than air conditioning and working in conjunction with a cross-breeze it can have a really positive impact on production floor comfort.

The sun emits light in the form of heat as infrared waves. This light can be blocked with room darkening curtains or infrared (IR) filtering film placed directly on windows or doors. Plastic sheeting can also be cut and placed to block out any IR waves entering the building when doors are opened. Place the IR blocking fabric or sheeting around fans, so the IR waves do not enter the building around the fan’s body. Just remember to not restrict the air flow into the fan. There are lots of different types of industrial fans that have the ability to make a big difference.

Raise equipment and use a chiller to cool

Something that server farms have started doing is to raise their servers off concrete floors and place plumbing with chilled water in it underneath them. The same principle may work for heavy equipment that generates heat on the production floor. Pay attention to the equipment’s designed ventilation spaces and take advantage of this by placing chilled water in a suitable distance from the equipment. The water can pick up some of the heat load from the equipment, cooling the temperature in the factory.

Innovators around the world have always been looking into energy efficient or self-sustaining methods of cooling or heating. Shanhui Fan, an electrical engineer at Stanford University in Palo Alto, California, created film of glass/hafnium dioxide which almost reflected all the light which hit it and resulted in cooling surfaces by as much as 5° C. A few years later, Xiaobo Yin at the University of Colorado expanded upon this idea and designed a plastic film with embedded glass spheres and a silver backing. The film reflects almost all the incident light and the remainder is emitted as light rays. The film also absorbs IR energy from surfaces it touches and can reduce the surface temperature by up to 10° C. The film is now produced and sold by a company, Radi-Cool Inc.

By posting a comment you confirm that you have read and accept our Posting Rules and Terms of Use.
Advertisement
RELATED ARTICLES
Startup Aims to Commercialize Radiative Cooling
Indirect cooling system for Facebook's Ireland data center
Researchers Show Their Natural Air Conditioner is Ready for Real-world Use
Cool Roofs Cut Energy Consumption Even in Cold Climates, Model Suggests
Engineered Material Can Cool with No Energy, Water Use
Advertisement