Considerable progress is reported by MIT and Commonwealth Fusion Systems in the development of SPARC, a next-generation fusion initiative launched in 2018. The ongoing research has defined the theoretical and empirical physics basis for the new fusion system, which is expected to start the construction phase in 2021 and take up to four years to complete.

The research published in the Journal of Plasma Physics documents the design and physics basics for the compact, high-field, deuterium-tritium burning tokamak. SPARC is engineered as the first experimental device ever to achieve a self-sustaining fusion reaction in which different hydrogen isotopes fuse together to form 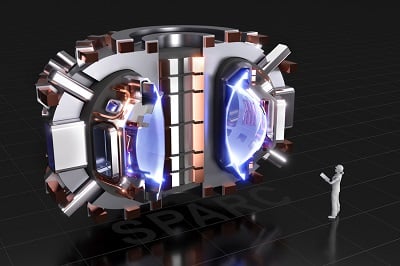 A cutaway rendering of the compact SPARC tokamak. Source: T. Henderson/Commonwealth Fusion Systems/MIThelium without the need for any further input of energy.

Initial design calculations indicated potential for the tokamak to achieve a Q factor, a fusion plasma efficiency indicator, of two; the system will generate twice as much fusion energy as the amount of energy needed to launch the reaction. However, more recent calculations point to the potential for a Q ratio of 10 or more.

The research reported covers the structural, thermal and electromagnetic analysis of toroidal field coils and vacuum vessel, modeling assessments of neutron heating effects for the entire device and determination of cooling requirements for the superconducting magnets during deuterium-tritium operation.