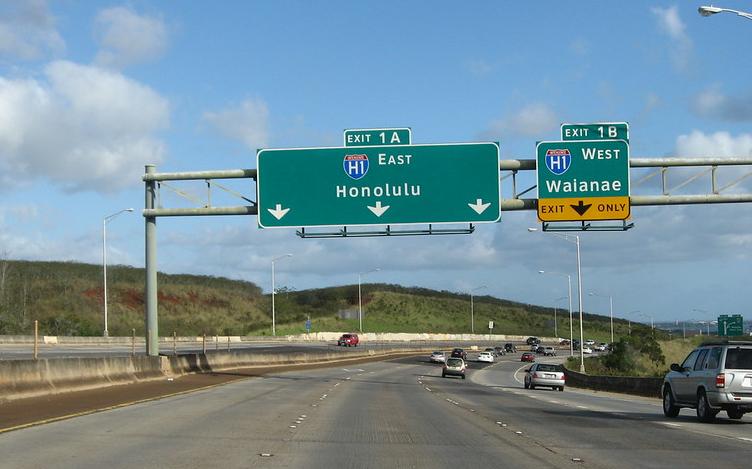 The Hawaii Department of Transportation is currently testing carbon-injected concrete as an alternative to traditional concrete on some of its roadways. Source: Ken Lund/CC BY-SA 2.0

Concrete has long been the dominant choice of material for various roads and buildings throughout the world. The material is inexpensive to produce and incredibly durable as well, which makes it ideal for buildings where steel is either too expensive or unsustainable. Unsurprisingly, concrete is the second-most used material on the planet (after water). Concrete does not come without its challenges, however. One area that has gained focus in recent years is the environmental and carbon dioxide impact of concrete.

Concrete’s role in construction is not going to slow down anytime soon. The number of buildings in the world is expected to double by 2060. Many of these new buildings will utilize concrete in one form or another. As a result, concrete has been heavily contributing to climate change as industrial concrete manufacturing is among the top five contributors of carbon emissions in the world. One of the key ingredients in concrete, cement, is responsible for approximately 7% of the world’s carbon dioxide emissions.

If there is any chance to reduce carbon emissions, technology must rise to the occasion and solve this important issue. Luckily, governments and companies are now stepping up to the plate and developing new types of concrete that will lighten the amount of carbon emissions stemming from concrete production. One state in particular has taken the first steps to reducing carbon emissions by testing a new type of concrete.

Hawaii has been aggressive in its climate change policy as the state understands that nature plays a key role in its tourism business. Honolulu in particular has taken it a step further by aiming to become completely carbon neutral by 2045. In their efforts to become carbon neutral, the Hawaii Department of Transportation has taken aim at concrete in order to reduce the state of Hawaii and city of Honolulu’s overall emissions.

The Hawaii Department of Transportation is currently testing carbon-injected concrete as an alternative to traditional concrete on some of its roadways. Some 150 cubic yards of the carbon-injected concrete was poured next to a traditional concrete mix on an access road in order to properly test this revolutionary concrete’s ability to perform in the "real world." The results of this initial test could influence changes in how governments and construction companies use concrete to help fight climate change.

This new "green" concrete uses an injection of carbon dioxide that chemically converts into a mineral in ready mix concrete in order to reduce carbon footprint. The chemistry behind the newly formed concrete is rather simple. In a wet concrete mix, the cement reacts with the H2O present in the concrete mix to form positive calcium ions. Similarly, when the carbon dioxide reacts with H2O, the result will be carbonate, also known as CO₃.

When the carbon dioxide is injected into the wet concrete mix, the carbonate reacts with the calcium ions present and forms nano-sized calcium carbonate minerals that will embed themselves in the concrete. This chemical reaction subsequently reduces the overall carbon footprint made by concrete production and the nanomaterials present in the final product actually enhance the properties of this new concrete form.

Concrete plants can adapt to this new technology in a single day by retrofitting existing equipment that enables the use of liquefied carbon dioxide (supplied by a third party and stored on-site). The liquefied carbon can then be properly injected into the concrete mix to form the new carbon-injected concrete.

About 25 pounds of carbon dioxide will be present in a cubic yard of the new concrete. Since carbon becomes a mineral, the carbon used in this green concrete will never be released into the atmosphere and will be present in the concrete for its lifetime. Based on projections, Hawaii could save about 27 million pounds of embodied carbon just from Hawaii-produced concrete.

By posting a comment you confirm that you have read and accept our Posting Rules and Terms of Use.
Advertisement
RELATED ARTICLES
New technology improves recycled concrete
Toward an Environmentally-friendly Concrete
Using Vegetables to Fortify Building Materials
New method allows concrete to be recycled by adding wood
Eruptive Technology: Volcanic Ash Boosts Sustainability of Concrete
Advertisement