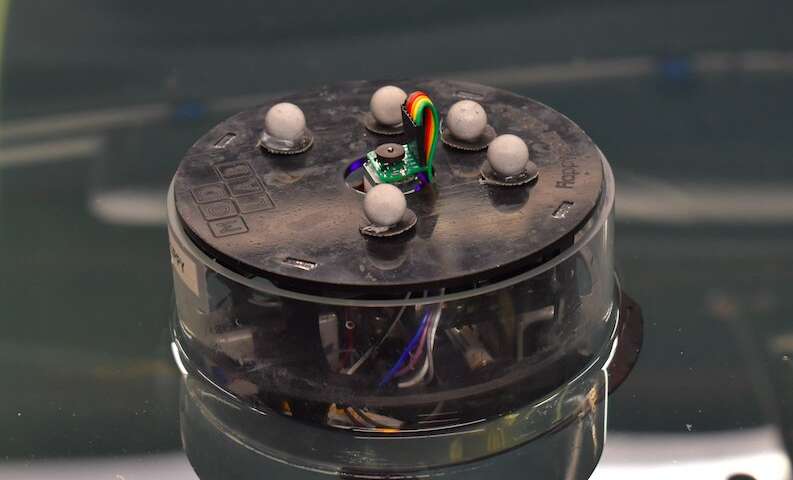 Called Modboat, the robot is capable of moving through water aided by its cylindrical body and two flippers. The robot's single actuator enables the robot to move back and forth, according to researchers, in an erratic motion. That is, the robot does not swim well in a straight line.

Setting the Modboat apart from other aquatic robots is not only its single motor, but the swarming capabilities the design promises for the future. Because the robot is reportedly inexpensive to produce, the GRASP team believes that several of the robots working together will be able to accomplish tasks such as monitor waterways and conduct other marine operations.

In the meantime, the team plans to make modifications to the robot’s design so that it can swim in a straight line.

The team details the development of Modboat in a study titled “Design and Experiments with a Low-Cost Single-Motor Modular Aquatic Robot” published in the journal arXiv.

To see how the Modboat moves through water, watch the accompanying video that appears courtesy of the University of Pennsylvania’s General Robotics, Automation, Sensing and Perception (GRASP) Lab.

By posting a comment you confirm that you have read and accept our Posting Rules and Terms of Use.
Advertisement
RELATED ARTICLES
Scientists build robot from ice to explore icy exoplanets
Parenting Advice for Robots
Watch: Robot to autonomously clean up nuclear waste
Research team powers robotic fish with "robot blood"
Inspired by nature: Robots
Advertisement