Keeping the World's Maritime Industry Plugged in Via Standards 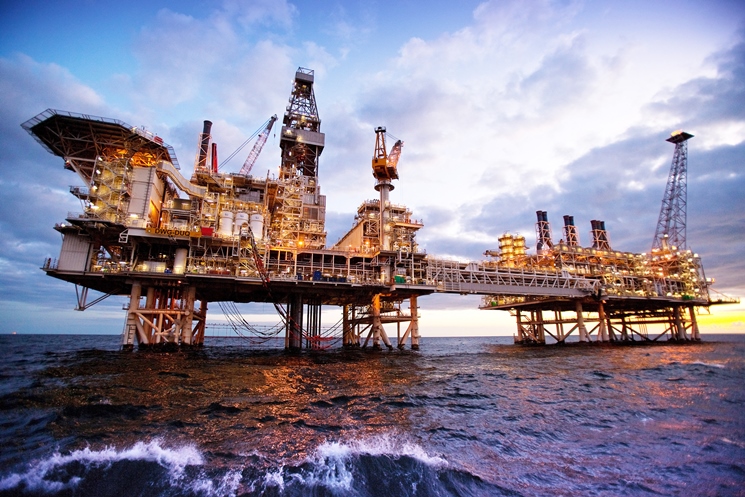 Some 50,000 ships crewed by more than a million seafarers sail the world’s seas and oceans. Around 90% of world trade is moved by bulk carriers, tankers, container ships, ferries and cruise ships. These vessels transport raw materials, such as ore and coal; or cereals, crude oil, chemicals and petroleum products; as well as finished goods, passengers and vehicles. In addition to these ships, a number of specialist vessels—such as supply ships for the offshore oil industry, salvage tugs, ice breakers and research vessels—carry out other essential tasks.

Steam propulsion, which ushered in the era of modern ships, was introduced in the first decade of the 19th century. The next major technical milestone—electric power—was installed on passenger liners in the early 1880s to provide electric lighting, which was then viewed as offering a significant commercial advantage. As the benefits of electric power became apparent, all ships were soon designed and equipped with it. Since then, electrical installations have become ever more important in the maritime environment. The International Electrotechnical Commission (IEC) plays a central role in developing international standards for these.

Ships and offshore drilling units rely on electrical installations for safe and reliable operation. These installations may be subjected to harsh conditions and environmental or chemical hazards, but should still continue operating. To do so, they must meet stringent standards.

IEC Technical Committee (TC) 18: Electrical installations of ships and of mobile and fixed offshore units, prepares such standards for the maritime sector. 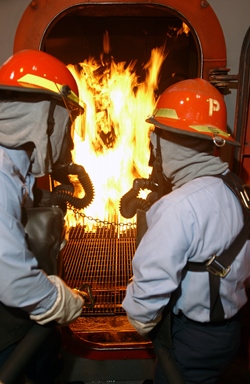 Fire is a major shipboard risk and multiple standards exist related to flame retardancy, fire resistance, smoke emissions and other hazards. Image source: Wikimedia An IEC Committee of Action meeting in Bellagio, Italy, in 1927, identified a need for standardization of electrical installations in ships. This led to the establishment of a specific IEC Advisory Committee to work in this domain. This Committee subsequently became TC 18, which currently has members from 17 participating and 13 observer countries.

Providing electricity is vital to any vessel’s operation and continuity of supply is taken for granted. Meanwhile, the crew, sometimes with only the most rudimentary electrical training, must be able to operate a power station with an output of anywhere between a few hundred kilowatts to more than 100 megawatts.

At the 1986 meeting of TC 18 in Bergamo, Italy, it was decided to expand the TC’s scope to cover electrical installations on board fixed and mobile offshore oil and gas exploration units. The expansion stemmed from a consensus of opinion that the existing standards for ships were not necessarily appropriate to these specific environments.

The International Maritime Organization (IMO), the United Nations agency with special responsibility for the safety and security of shipping, acknowledged the IEC’s expertise by establishing a formal relationship with TC 18 to collaborate in the field of electrical systems on ships and offshore units.

A central part of IMO activity is to adapt the Safety of Life at Sea (SOLAS) Convention to changes in technology and safety requirements as they occur. This convention applies to all commercial international seagoing ships of 500 gross tonnage and above. Rather than opting to develop their own standards, most of the industry’s bureaus or registers of shipping, such as the ABS (American Bureau of Shipping), Bureau Veritas, DNV (Det Norske Veritas), Lloyd’s Register or the Korean Register of Shipping, to name a few, rely on IEC International Standards as their preferred choice.

IEC 60092, the current series of International Standards for Electrical installations in ships (the first edition was published in 1957) is referenced in the SOLAS Convention. Thus, all the standards in the series are used extensively at a global level. Both the standards for ships and those for mobile and fixed offshore installations are implemented worldwide by naval architects, marine engineering design and consulting companies, as well as all industries involved in the shipbuilding and related sectors.

The standards are used for supporting regulations and as the basis for contracts, and often replace the statutory authority documents.

TC 18 standards cover all types of electrical equipment and installations used on board ships and in mobile and fixed offshore installations. Previously, the standards gave specific requirements for equipment such as switchboards, rotating electrical machines, transformers and galley (kitchen) equipment. Today, reference is, as far as possible, given to existing equipment standards issued by the IEC TCs of relevant products. Only those additional or alternative features required for use in a ship or offshore environment are given in TC 18 standards. 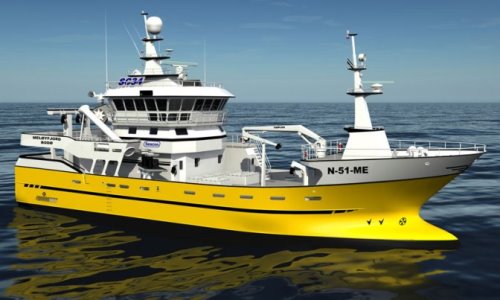 Norway-based Meloyfjord Fishing Co. specified a diesel-electric propulsion system for its purse seiner vessel MS Meloyfjord. Image source: StadtFire has always been a major threat to mariners; they have nowhere to escape and external aid seldom is available. Today, there is a growing understanding, not only of the dangers of fire, but also of the consequences of the spread of fire and of the risks associated with smoke. For these reasons, special attention is paid in TC 18 Standards to characteristics such as flame retardancy, fire resistance, smoke emission, toxicity, corrosivity and halogen-free materials for both electrical equipment and cables.

As the electrical power requirements of modern ships continue to increase, there is a tendency to introduce higher operating voltages for power consumers, propulsion and machinery auxiliaries.

Currently, the most important technical developments in the shipbuilding and offshore industry relate to the increasing extensive use of computer hardware, software control, monitoring systems for machinery and the introduction of additional and more sophisticated passenger/crew safety systems. These safety systems include addressable fire alarm, low level lighting systems, as well as passenger and crew address systems.

Problems are already being seen with the increased complexity of systems on board vessels, which has outstripped the ability of shipbuilders and operators to understand and deal with the systems installed.

The current types of ship will continue to exist but will do so in parallel with new, larger and more efficient container and passenger ships. High-speed vessels of a variety of types and sizes will also be introduced, accompanied by requirements for a reduction in weight for all installed machinery and systems, including electrical installations. 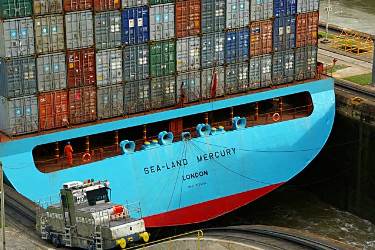 The increase in the size of vessels and of the installed electrical load is leading to the use of higher voltage systems. A return to electric propulsion systems coupled with advances in solid state power devices and the need for variable speed drives (VSDs) for auxiliary machinery has led to stricter control of electromagnetic compatibility (EMC).

The problems caused by electromagnetic interference have grown in importance due to the increased use of computer hardware, software control and monitoring systems. This is reflected in the development of standards for VSD cables, the initiation of an extensive updating of the TC’s EMC standard and ongoing work on a new standard to cover EMC for vessels with non-metallic hulls, which is to be issued later in 2015.

The shipping industry is also experiencing a shift towards electric and hybrid propulsion systems. This started in the cruise ship industry and is due primarily to the development of power electronics.

Hybrid solutions use a combination of diesel engines or gas turbines, generators, batteries and motors to drive the propulsion system; they will require improved and modified standards. A move to variable speed auxiliary drives is also seen for the same reasons. The fifth and latest edition of the standard for ships’ electrical propulsion plants was published in 2013.

Even if the electrical system is an important part of a ship or an offshore unit, it is only one of a number of systems required for full functionality of the ship or offshore unit. This means that collaboration with other standardization bodies such as the International Organization for Standardization (ISO), in particular with ISO TC 8: Ships and marine technology, ISO TC 67: Materials, equipment and offshore structures for petroleum, petrochemical and natural gas industries and ISO TC 188: Small craft, or the Institute of Electrical and Electronics Engineers (IEEE) is necessary in addition to close cooperation with IMO.

Given the extent of its scope, the expansion and fast-changing pace of the shipping and offshore sectors, TC 18 has a busy schedule ahead, updating a number of International Standards and preparing new ones.

By posting a comment you confirm that you have read and accept our Posting Rules and Terms of Use.
Advertisement
RELATED ARTICLES
International Standards and the Quest for Safe Shipping
Cold Ironing: The Drive to Make Commercial Shipping Cleaner
Electric Propulsion for Cleaner Shipping
Virtual Reality Is Central to Aerospace and Maritime Training
Shipping Sets Watch for Cyber Threats
Advertisement