Safety Board Urges Antilock Brakes for All Motorcycles

The National Transportation Safety Board issued a report highlighting the need for better integration of motorcycles in crash warning and prevention systems, and for more widespread availability of enhanced braking and stability control systems on motorcycles.

The report, "Select Risk Factors Associated with Causes of Motorcycle Crashes," analyzed risk factors associated with the causes of motorcycle crashes and evaluated strategies to prevent them. 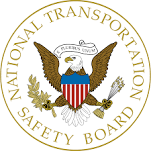 The NTSB says that like accidents across all modes of transportation, motorcycle crashes are complex events that can be influenced by multiple human, vehicle and environmental factors. However, because motorcycles offer riders less protection, the likelihood of injuries and fatalities in a crash is much greater.

The NTSB report found many high-risk traffic situations between motorcycles and other motor vehicles could be prevented if vehicle drivers were better able to detect and anticipate the presence of a motorcycle when entering or crossing a road, making a turn or changing lanes. The agency also found stability control systems on motorcycles could reduce single-vehicle crashes involving loss of control, which would reduce the prevalence of motorcyclists killed or injured by impacts with fixed roadside objects.

The report included recommendations for requiring all new motorcycles manufactured for on-road use in the U.S. to be equipped with antilock braking system technology, incorporating motorcycles in the development of passenger vehicle crash warning and prevention systems performance standards and for developing and publishing performance standards for stability control systems on motorcycles manufactures for on-road use in the U.S. 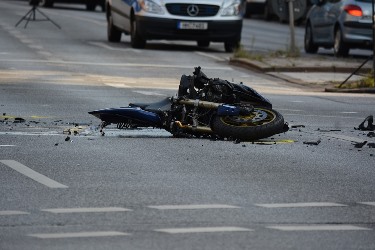 The agency also found stability control systems on motorcycles could reduce single-vehicle crashes.The study aimed to identify and assess factors contributing to motorcycle crash risk, compare those factors with previous research findings and evaluate the need for motorcycle safety improvements. In particular, the NTSB analyzed the Federal Highway Administration’s "Motorcycle Crash Causation Study," which analyzed crashes involving motorcycles with engine displacement of more than 50 cm3 or a maximum design speed of 31 mph or more, with at least one reported injury sustained by either the motorcycle rider or passenger.

NTSB Chairman Robert Sumwalt says that crash warning and prevention systems and connected vehicle technologies have the potential to enhance motorcycle safety by making motorcycles more conspicuous. However, these systems "are not consistently designed to detect or integrate motorcycles." Antilock braking and stability control systems on motorcycles can help riders in unexpected circumstances.

In its findings, the NTSB said more focused research is required to understand how alcohol and other drug use contributes to motorcycle crash risk factors. It also said that motorcycle licensing procedures have not been adequately evaluated for safety and effectiveness. That makes it difficult to determine if procedures are reducing motorcycle crashes and their associated injuries and fatalities.

Re: Safety Board Urges Antilock Brakes for All Motorcycles
#1

Do any of these 'helpful' people actually ride motorcycles?

If people WANT to buy a motorcycle with ABS and stability control, I would be happy if they had that OPTION.

However, by the same token, motorcycles are not cars and don't handle like cars. If I want to lock up a wheel, I want that option and not have the machine decide I cannot do that. All these systems will have unintended consequences. Mandating this kind of thing is just one more example of bureaucratic over-reach.

Re: Safety Board Urges Antilock Brakes for All Motorcycles
#2

Having an electronic device suddenly come on and "help" is a distraction during a stop. I can modulate my braking pressure without outside aid. Sometimes we need to completely release the brakes for handling and this outside aid may interfere with the manual control.

Re: Safety Board Urges Antilock Brakes for All Motorcycles
#3

I would NEVER ride a bike with ABS.

Re: Safety Board Urges Antilock Brakes for All Motorcycles
#4

As for the mention of stability enhancements, If I wanted more wheels, I would drive my car.