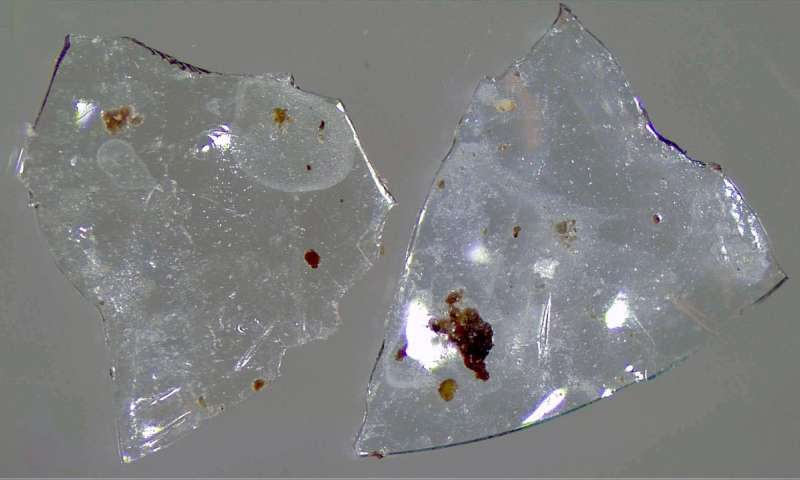 Contact lenses recovered from treated sewage sludge could harm the environment. Source: Charles RolskyIn a new report being presented this week at the 256th National Meeting & Exposition of the American Chemical Society, scientists are detailing how common contact lenses might be contributing to microplastic pollution in the world’s waterways.

Contact lenses, either the kind designed for one-day use or for the long term, are generally disposed of in any number of ways including flushing them down the drain. Now, scientists are recommending other means of disposal for the sight-correcting devices as they have been eyed as a contributor of plastic waste pollution in the world's waterways.

Citing his own experience with contact lenses as inspiration for the study, Rolf Halden Ph.D. explained, "I had worn glasses and contact lenses for most of my adult life. But I started to wonder, has anyone done research on what happens to these plastic lenses?"

To answer his own question, Halden and his team who had already been conducting research on plastic pollution, couldn’t find any previous studies concerning contact lens disposal.

"We began looking into the U.S. market and conducted a survey of contact lens wearers. We found that 15 to 20 percent of contact wearers are flushing the lenses down the sink or toilet. This is a pretty large number, considering roughly 45 million people in the U.S. alone wear contact lenses," said Charlie Rolsky, a Ph.D. student who is presenting the work. Halden, Rolsky and a third member of the team, Varun Kelkar, are at the Biodesign Institute's Center for Environmental Health Engineering at Arizona State University (ASU).

Based on those findings, scientists estimate that anywhere from six to 10 metric tons of the discarded contact lenses make their way into U.S. wastewater each year. Considering that contact lenses are generally denser than water, the plastic sinks, subsequently posing a threat to marine life that might ingest the material.

Complicating the research of contact lens disposal is the fact that the material is transparent, which makes it extremely difficult to locate and to observe how the material reacts to wastewater treatment methods. Complicating matters even further is that the plastic used to create contact lenses is different from plastics found in the majority of other products. To make a softer plastic for contact lenses, a combination of poly(methylmethacrylate), silicones and fluoropolymers are joined together to create material that enables oxygen to pass through the lens to the eye. As such, it is not understood how wastewater treatment methods affect this particular material.

To reveal how such material might react to wastewater treatment methods, the scientists exposed some of the most common polymers used to manufacture contact lenses to anaerobic and aerobic microorganisms located at wastewater treatment plants and performed Raman Spectroscopy to study them.

"When the plastic loses some of its structural strength, it will break down physically. This leads to smaller plastic particles which would ultimately lead to the formation of microplastics," Kelkar explained.

Hoping to prevent the passage of such microplastics up through the food chain, the team of scientists would like to see that those manufacturing contact lenses will take notice of their findings and list directions for properly disposing of the contact lenses on their packaging.

"Ultimately, we hope that manufacturers will conduct more research on how the lenses impact aquatic life and how fast the lenses degrade in a marine environment," added Halden.