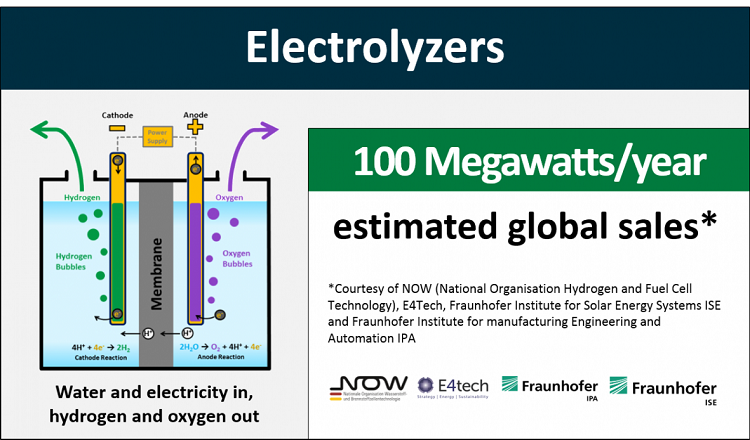 Global sales of electrolyzers in 2017 were estimated to be 100 MW per year, according to the U.S. Department of Energy (DOE). That is enough to produce approximately 50,000 kg of hydrogen per day (assuming 50 kWh/kg, running full-time).

During electrolysis, an electrolyzer uses electricity to split water molecules into hydrogen and oxygen. Electrolyzers can range in size from small, appliance-sized equipment that is well-suited for small-scale distributed hydrogen production to large-scale, central production facilities that could be tied directly to renewable or other non-greenhouse-gas-emitting forms of electricity production.