Standard Wi-Fi Can Detect Bombs, Weapons and Chemicals in Bags 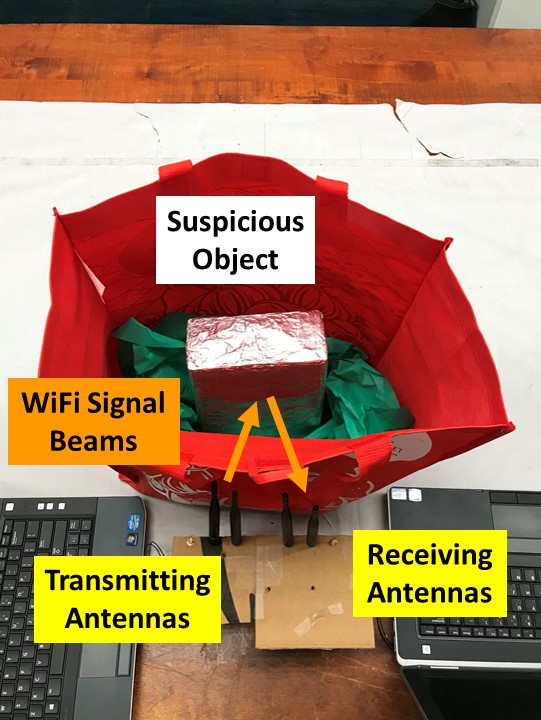 The benefits, according to the research team, of a Wi-Fi enabled suspicious object detection system include ease of setup and reduced security-screening costs. Such a system would also limit how the public is screened by using a method that is less intrusive than current methods where screeners open and scan luggage, backpacks and bags. In addition to invading privacy, current screening methods are costly because they require high staff levels and expensive screening equipment.

"This could have a great impact in protecting the public from dangerous objects," said Yingying (Jennifer) Chen, study co-author and a professor in the Department of Electrical and Computer Engineering in Rutgers-New Brunswick's School of Engineering. "There's a growing need for that now."

Wi-Fi (or wireless) signals in the majority of public venues can pass through bags to measure the dimensions of and identify concealed objects such as weapons, batteries for bombs, aluminum cans and laptops. Likewise, those Wi-Fi signals can also be used to approximate the volume of concealed liquids such as water, acid, alcohol and chemicals used to make explosives.

To operate, the system needs a Wi-Fi device, outfitted with two or three antennas, that can be incorporated into existing Wi-Fi networks.

However, those rates of accuracy dropped when objects were wrapped inside the bag (90%).

"In large public areas, it's hard to set up expensive screening infrastructure like what's in airports," Chen said. "Manpower is always needed to check bags and we wanted to develop a complementary method to try to reduce manpower."

The research team hopes to improve the systems’ rates of accuracy as work on the system continues.