Enter the Competition to Name the European ExoMars Rover

A competition to name a rover that is being sent to Mars to search for signs of life has been launched by the UK Space Agency. The initiative was unveiled by British European Space Agency (ESA) astronaut Tim Peake at 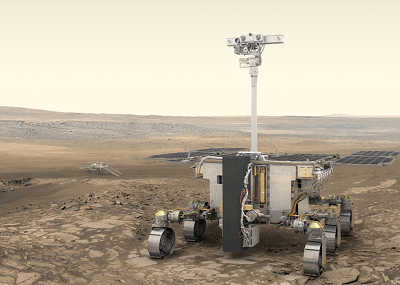 The UK-built rover is due to launch in August 2020 as part of the ESA’s ExoMars mission, which will investigate how Mars has evolved and whether there may be conditions for life. The rover will travel across the Martian surface and drill down to determine if evidence of life is buried underground and collect and analyze samples.

Airbus Defence and Space is leading the build of the rover while the UCL Mullard Space Science Laboratory is leading on a key instrument known as the PanCam, a high-resolution 3D camera designed to explore terrain and rocks in search of Martian life.

The rover is due to land on Mars in March 2021, powered by solar panels, and is designed to survive the cold Martian nights with the help of batteries and heater units.

Re: Enter the Competition to Name the European ExoMars Rover
#1