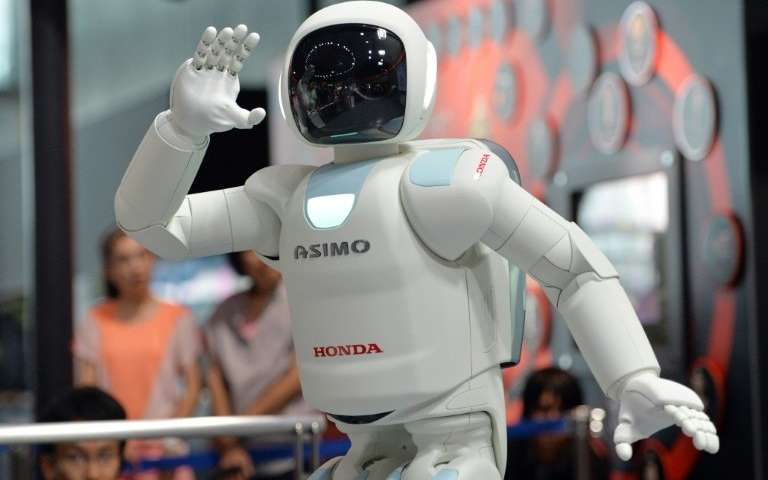 At 18 years old, the ASIMO robot from Honda may be preparing for retirement, according to reports.

Considered Japan's most famous robot, Honda is in the midst of deciding whether future generations of the humanoid robot will conclude with the current, seventh iteration of the robot.

"We will still continue research into humanoid robots, but our future robots may not be named ASIMO," Honda spokesman Hajime Kaneko told AFP.

Reports suggest that the reasons for "retiring" ASIMO include intense competition in the humanoid realm, where some robots are now capable of such feats as jumping or performing backflips.

Although ASIMO has had an active, albeit short, life, which included playing football and dancing — as demonstrated with both former U.S. President Barack Obama and German Chancellor Angela Merkel, respectively — it is rumored that Honda will instead turn its attention to developing humanoid robots capable of caring for the elderly and the disabled.

By posting a comment you confirm that you have read and accept our Posting Rules and Terms of Use.
Advertisement
RELATED ARTICLES
KAIST researchers improve speed of robot butler
Team investigates the future role of robots in healthcare
Robots in Development to Offer a Hand in the Kitchen
Humanoid robot serves as civil servant in Russian office
Tesla Bot could take on mundane, everyday tasks
Advertisement