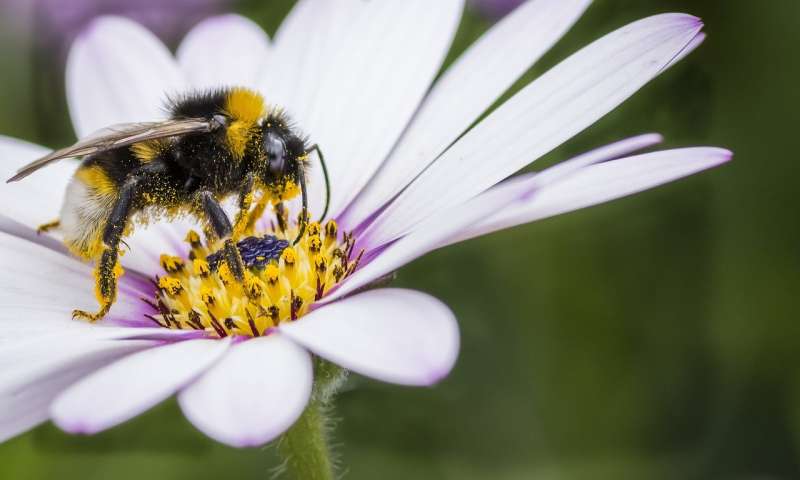 According to research published in the journal Proceedings of the Royal Society B, bumblebees are better suited to urban environments, at least reproductively speaking, than agricultural ones.

To reach this conclusion, researchers from the University of London and Imperial College London conducted field research in both settings. The research teams captured queen bees and placed them in nest boxes located in 38 different areas between London and Basingstoke.

While the researchers did not offer a definitive explanation for these findings, they did suggest a few factors that might be responsible for the disparity, including the variety of flowers that bloom throughout the year in urban settings versus the short bloom time of crops in agricultural settings, which are also exposed to pesticides and other toxic chemicals.

Must be the Bumblebee Clubs downtown.

So, what's the survival rate of the Bumble Bee Tuna? Probably pretty short, if you're canned!