The Atacama Large Millimeter/submillimeter Array (ALMA) is the largest astronomical observatory in existence. It is a single telescope composed of 66 antennas located on the Chajnantor plateau, 5,000 meters above sea level in the Chilean Andes in the heart of the Atacama Desert. 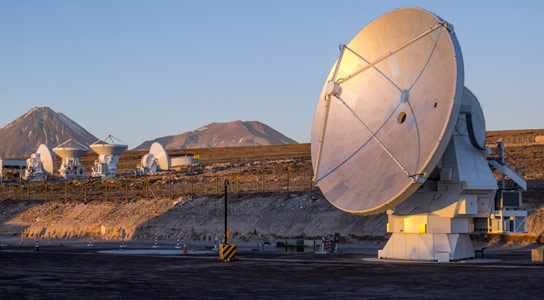 ALMA is a consortium of the European Southern Observatory (ESO), the U.S. National Science Foundation (NSF), the National Institutes of Natural Sciences (NINS) of Japan, the NRC (Canada), NSC and ASIAA (Taiwan) and KASI (Republic of Korea), in cooperation with the Republic of Chile.

The 66 ALMA antennas are impressive in size, weighing 100 tons with dishes 12 meters in diameter. Their cutting-edge electronic components need power at all times, even during transport to the final destination. The antennas are built in different countries that are partners with ALMA. Canada and the U.S. provided 25 antennas, East Asian partners delivered 16 and European partners built 25. Once built, the antennas are delivered to the Operation Support Facility (OSF), which is located at an altitude of 2,900 meters above sea level. From there the antennas are transported to the Chajnantor Plateau, which is over 2,000 meters above the OSF. 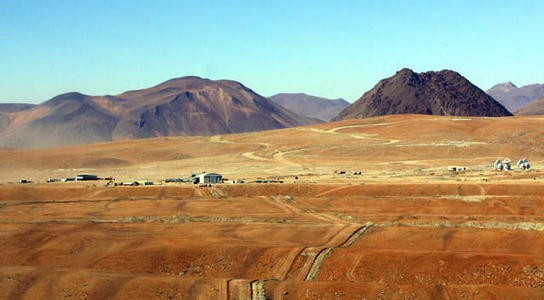 Two giant trucks were designed to transport the antennas along the 28 kilometers that separate the OSF and the Chajnantor plateau. Named Otto and Lore, both are 20 meters long, 10 meters wide and 6 meters high, with 28 wheels. The 130-ton trucks require two diesel engines of 700 horsepower (500 kW) each and two 1,500-liter tanks.

The vehicles are built not only to survive the harsh environment of the Atacama Desert, but to thrive in it. Despite their weight and size, the trucks are designed to position the antennas on the pads with astonishing millimeter accuracy. During transportation, Otto and Lore provide continuous power to the costly ALMA antennas.

Other features of these trucks include: the driver seat was designed to provide an oxygen tank to the driver to be used when reaching the Chajnantor plateau. Oxygen is so scarce that Otto’s and Lore’s engines can hardly deliver 450 horsepower on the plateau. During antenna loading and unloading the machines can be operated by remote control to allow for the safety of the driver who can watch the process from nearby. 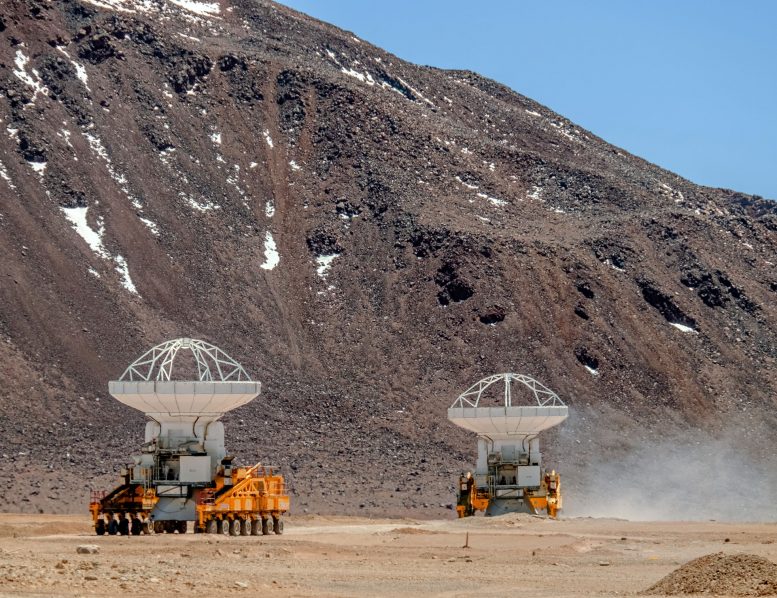 By posting a comment you confirm that you have read and accept our Posting Rules and Terms of Use.
Advertisement
RELATED ARTICLES
Turning Military Vehicles into Radio Transmitters
Astronomers Witness the Brutal Collision of Two Neutron Stars
Autonomous Trucking Gears Up for the Long Haul
Uber's Autonomous Trucks Have Been Delivering Goods Since November 2017
See Better Images of Sunspots During the Total Solar Eclipse
Advertisement