Reducing Diesel Engine Emissions with the Aid of Bombardier Beetles

Diesel engines are energy-efficient machines but are also major emitters of nitrogen oxides. Thanks to Swedish 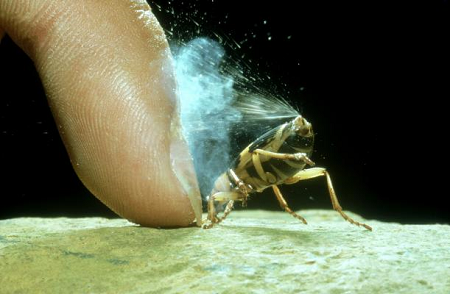 The defense mechanism activated by the beetle inspired researchers from Lund University and Swedish Biomimetics 3000 to design a new emission control system. When disturbed, the bombardier ejects a hot noxious chemical spray from the tip of its abdomen with a popping sound. This natural protective capability was mimicked in production of a more efficient injector for emission control systems than currently installed in class Euro 6/VI vehicles. This injector improves the nitrogen oxides reduction efficiency of selective catalytic reduction systems, especially under cold engine running conditions.

During testing, the injector design significantly reduced nitrogen oxides as well as ammonia emissions. The researchers explained that the system uses a spray with many small warm droplets that are injected at much higher speeds than today’s systems. This facilitates the mixing with the exhaust fumes and makes for better distribution across the catalytic converter’s surface.

The new technology is expected to be in production within the next two years.