MIT researchers have designed brain-tumor-targeting nanoparticles that can carry two different drugs, one in the core and one in the outer shell. Source: MIT/Stephen Morton

MIT researchers have developed a nanoparticle that delivers cancer-killing drugs directly to the cancer cells. The nanoparticles were specifically developed to fight glioblastoma multiforme, cancer that affects the brain and the nervous system, one of the most difficult forms of cancer to treat. The median life expectancy for patients with glioblastoma is fifteen years, but the new nanoparticle could change that.

The new spherical, droplet-shaped nanoparticles, called liposomes, could be a better glioblastoma treatment method than traditional chemotherapy. Traditional chemotherapy takes a huge toll on the patient’s body because not only is it attacking the cancer cells, but it can attack healthy cells too. There are many negative side effects of chemotherapy and the researchers hope that the new drug-delivering nanoparticles can lower these negative side effects.

The nanoparticles carry two cancer attacking drugs. The nanoparticle can pass the blood-brain barrier, which has been difficult for cancer drugs in the past. Once the particle passes the blood-brain barrier, it attaches and binds itself to the tumor cells that are present. The particle is loaded with two drugs. The one drug, bromodomain (JQ-1), damages the tumor’s DNA, weakening and killing it over time. This drug is stored in the outer shell of the nanoparticle and is released when the nanoparticle first reaches the tumor. The second drug, called temozolomide, is typically the first chemotherapy drug given to a patient. It interferes with the system within the tumor that would attempt to repair the DNA damage. The second drug is stored in the core of the nanoparticle and it is released 24 hours after the particle reaches the tumor.

In order to get through the blood-brain barrier, the liposomes are coated in transferrin. Along with getting across the barrier, the transferrin binds to the proteins that are on the surface of the tumor cells so the particles can gather on the tumor. The nanoparticles were also coated in polyethylene glycol (PEG). This kept the particles from being detected and broken down by the body’s immune system. This approach is more effective than chemotherapy and it allows chemotherapy drugs to be administered while avoiding healthy cells and minimizing negative side effects.

To test the nanoparticle, the researchers tested on mice that have glioblastoma tumors. The experiments have shown that the transferrin particles were the most effective drug at shrinking the tumors with the nanoparticle method. The mice who received the particles with transferrin survived for twice as long and had less blood cell and tissue damage, compared to mice that had other treatments.

The researchers say that JQ-1 is not a great drug for humans. JQ-1 has a short half-life, but there are other bromodomain inhibitors currently on the market that are ready for use in humans. The nanoparticle method could also be used to administer other cancer drugs that have been unable to cross the blood-brain barrier previously.

The paper on the nanoparticle delivery method was published in the journal Nature Communications. 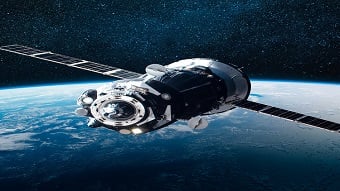 Lift off for space skills training in the UK 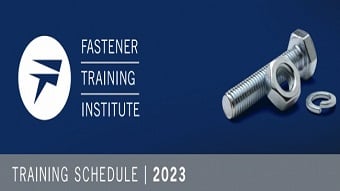