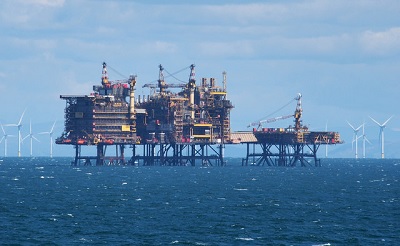 The International Energy Agency (IEA) released their Offshore Energy Outlook and whereas offshore oil production has remained steady for the past two decades, growth in offshore hydrocarbon production is now driven by new natural gas resources and is seen as one of the most promising reserves.

Offshore oil and gas production has emerged as a dominant resource. It accounts for nearly a quarter of the world’s oil and gas production. The low price oil environment brought on by the shale revolution was first seen as a major hindrance to offshore oil production, but in response to efficiency gains from connected infrastructure, it has driven down the break-even price from $60 to $80 a barrel to a more competitive range between $25 to $40 a barrel.

Offshore oil production has remained steady with production levels hovering around 25 million barrels per day for the last two decades. During that same timeframe, offshore natural gas production has grown by more than 30 percent to 1,000 billion cubic meters per year.

The future looks even brighter as 50 percent of new conventional oil and gas discoveries over the past decade have been found in offshore deep-water reservoirs and over half of which are natural gas resources.

By posting a comment you confirm that you have read and accept our Posting Rules and Terms of Use.
Advertisement
RELATED ARTICLES
Study Indicates a Near-Term Oil Shortfall for the UK
Industrial Heaters for Enhanced Oil and Gas Recovery Methods
U.S. Crude Oil Production Continues Its Decade of Growth
Video: Repurposing offshore oil and gas rigs
DOE offers funding for innovative oil and gas technologies
Advertisement