A total of 98 gigawatts of new solar capacity was installed, more than the net additions of any other technology. 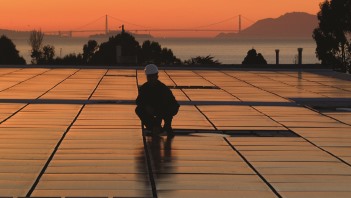 A driving power behind the deployment of solar was China, which saw some 53 gigawatts of capacity added – more than half the global total – and $86.5 billion invested, up 58 percent from the prior year.

The Global Trends in Renewable Energy Investment 2018 report, released by UN Environment, Frankfurt School - UNEP Collaborating Centre, and Bloomberg New Energy Finance, finds that falling costs for solar electricity, and to some extent wind power, is continuing to drive deployment. Last year was the eighth in a row in which global investment in renewables exceeded $200 billion.

Some 157 gigawatts of renewable power capacity was commissioned in 2017, up from 143 gigawatts in 2016. By comparison, 70 gigawatts of fossil-fuel generating capacity was added (after adjusting for the closure of some existing plants) over the same period.

The current level of electricity generated by renewables corresponds to about 1.8 gigatons of carbon dioxide emissions avoided, roughly equal to emissions from the entire U.S. transport system.

By posting a comment you confirm that you have read and accept our Posting Rules and Terms of Use.
Advertisement
RELATED ARTICLES
Renewable Installations Up, Investment Down in 2016
2015 Renewable Investments Double That of Gas, Coal
China Will Lead Solar PV Growth Through 2022, IEA says
China's Coal Use to Flatten Through 2040, EIA Says
Renewable Energy’s Share of Power Generation to Jump: EIA
Advertisement