These 8 Cities Have the Most Distracted Drivers

Data collected from more than 65 million trips over a period of six months revealed that distracted driving occurred during 36.1 percent of trips nationwide, up 5 percent from a year earlier. That's according to Cambridge Mobile Telematics, founded in 2010 by two MIT professors. 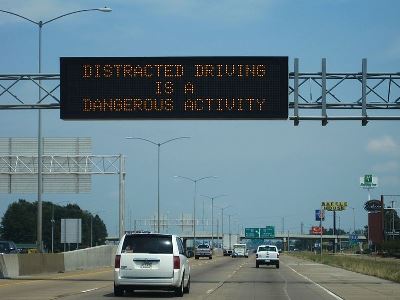 The answer to our pop quiz? According to Cambridge Mobile, the average length of distraction time per trip is 2.67 seconds per mile. Pull over and tweet that!

By posting a comment you confirm that you have read and accept our Posting Rules and Terms of Use.
Re: These 8 Cities Have the Most Distracted Drivers
#1

The road signs like the one in the photo are also a distraction, do a test to see how many accidents they cause.