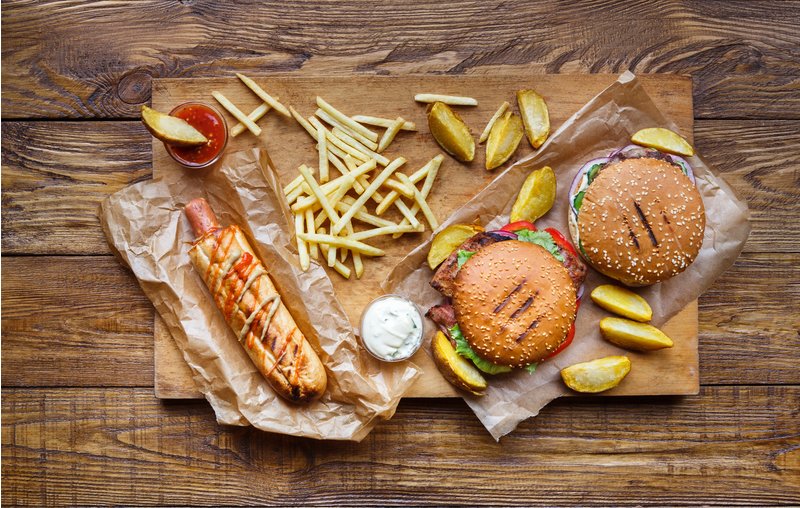 Source: Getty ImagesWhile it is no surprise that eating fast food could lead to weight gain and other health issues, a recent study suggests that exposure to the chemicals used in fast food wrappers might also be contributing to weight gain.

Publishing their findings in PLOS Medicine, researchers determined that high levels of perfluoroalkyl substances (PFAS) — chemicals used in food wrappers due to their oil and water-repellant properties — found in the blood were associated with weight gain in participants, especially women, who had previously lost weight.

The explanation, according to researchers, is that the PFAS disrupt normal metabolic processes. As such, researchers determined that participants with higher blood levels of PFAS subsequently had lowered resting metabolic rates, and thus, burned fewer calories during the course of the day.

Despite similar findings from earlier research and the links found between PFAS and hormone disruption, immune dysfunction, high cholesterol and cancer, PFAS are still commonly used in food wrappers, non-stick pots and pans, and paper and textile coatings. Likewise, the chemicals have been found to accumulate in the food chain and in the water surrounding locations such as wastewater treatment plants, industrial sites and military bases.

During the study, participants were put on heart healthy diets, losing an average of 14 pounds in the first six months of study. Over the next year and a half, the participants gained an average of 6 pounds of that weight back. Researchers determined that those participants who gained the most weight back were those with the highest concentrations of PFAS in their blood — and the association was seen almost exclusively in women.

“The sex-specific difference did surprise us a little bit,” says senior author Qi Sun, assistant professor in the Department of Nutrition at Harvard T.H. Chan School of Public Health. “But we also know that PFAS can interfere with estrogen metabolism and functioning, so this may be why we see this observation mostly in women.”

While researchers believe that it is “basically impossible” for Americans to avoid PFAS entirely, they believe some actions might reduce their risk of health complications associated with PFAS exposure.

“We know that PFAS exist in food packaging materials, like fast-food wrappers and microwave popcorn bags,” Sun says. “If you don’t eat those foods, you can possibly reduce your exposure.”