Egg Whites are the Next Big Thing in Clean Energy Production 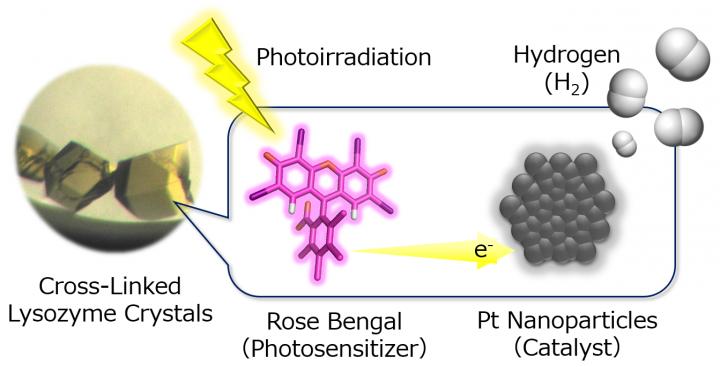 Osaka City University researchers in Japan have developed a way to use egg whites as a power source for carbon-free fuel.

Egg whites could be an efficient photo catalyst to speed up the reaction of hydrogen from a renewable source like solar or wind power. This process, called hydrogen evolution, involves storing the gas and keeping it from combining with common molecules. This is efficient for producing clean fuel.

"Precise accumulation of molecules acting as catalytic components are important to construct a photocatalytic system," Tabe said. "When the molecular components are randomly distributed in the solution or formless compounds, the catalytic reactions cannot proceed."

One way to gather these molecules is through pure protein production via bacteria. But, typically, developing these proteins requires expensive and specific lab equipment. But the whites to chicken eggs carry just the protein-based chemicals that the researchers need. Egg whites contain porous lysozyme crystals, which meet this need perfectly.

"Lysozyme crystals have a highly ordered nanostructure and, thus, we can manipulate the molecular components when they accumulate in the crystals," Tabe said.

Analyzing the compound is important because components in the crystal need to be manipulated through cooperative immobilization, according to Tabe. The researchers did this by applying rose bengal to the crystals, which entered the solvent channels in the crystals and fast-tracked the hydrogen reaction.

The paper on this research was published in Applied Crystals B.