According to "The World Market for Linear and Torque Motors," a new report from IHS Technology, China leads the global linear and torque motors market, due to continuing growth in the electronics, electronic assembly, semiconductor, machine tools and flat-panel display industries.

The torque and linear motors market is growing primarily because of increased penetration of applications in key industries as well as improvements in lithium-ion battery production, large-format digital printing, photovoltaic (PV) panel production and other new applications. Replacement gear motors and hydraulic systems in industrial machinery that demand increased functionality and greater energy-efficiency have also contributed to growth in this market.

Direct-drive torque motor modules reduce the need for gear boxes, couplings, linkages and other power transmission components, thereby reducing the efficiency losses in machinery that are generated by these components. These types of motors can operate with higher speeds and greater precision than can be achieved by established fluid or electromechanical-drive technologies.

After demand soared in 2011, a slowdown in the industrial machinery market allowed the overall machinery markets to pause in 2012. Market growth returned in 2013 and 2014, driven by a growing number of applications.

High-end industrial machinery that places the greatest value on highly precise motion, have been the largest buyers of torque and linear motors – especially in the machine-tool, semiconductor equipment, electronics assembly and flat-panel production sectors. In 2014 those three sectors accounted for over 55 percent of the global market.

These sectors are also some of the most cyclical equipment sectors with periods between boom and bust cycles that continuously change due to the unprecedented uncertainty of today’s global marketplace. While other sectors -- like food and beverage, packaging and medical equipment -- are stable, these industries also depend on investment; therefore, they also become cyclical, after large initial investments.

The greatest opportunities are in China, which has become the world's largest producer and consumer of electronics and electronic-assemblies. China boasts the world's largest electronic OEMs and EMSs – such as Foxconn, Compal, Quanta and BYD - which contribute to Apple’s supply value chain. Chinese electronic device manufacturers Xiaomi, Huawei, Meizu and Lenovo comprised more than 20% of the global market sales revenues, and that upward trend is expected to continue, the IHS report says.

China is also the major battlefield for consumer electronic products displays. Demand for a-Si, Oxide, LTPS and AMOLED displays is strong. Panel makers are expected to continue expanding their manufacturing capacities for LTPS and other display technologies. By the end of 2016, new fab investments by AUO, BOE, China Star, Tianma, and Foxconn will result in at least five Gen 6 LTPS fabs running in China.

China’s central government will also finance the domestic semiconductor industry, providing 120 billion yuan (about $19.2 billion) to boost further development in the semiconductor-manufacturing segment. This funding, which exceeds the industry's aggregated investment over the past 10 years, is considered to be the first step in reducing the country's reliance on imported chips.

By posting a comment you confirm that you have read and accept our Posting Rules and Terms of Use.
Advertisement
RELATED ARTICLES
Growth Returns to the Market for Motion Controls in 2014
ElectroCraft AxialPower™ Enhanced Stepper Linear Actuators now available in NEMA 11, 17 and 23 frame sizes
The Big Three of Brushless Motors
New high-resolution, high-torque miniature AC servomotors
Understanding variable frequency drives and applications
Advertisement 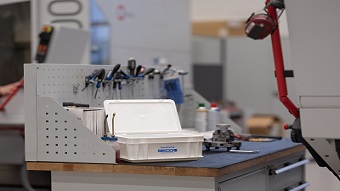 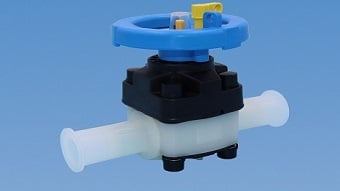