Plastic Discovered in Mussels from the Arctic to China 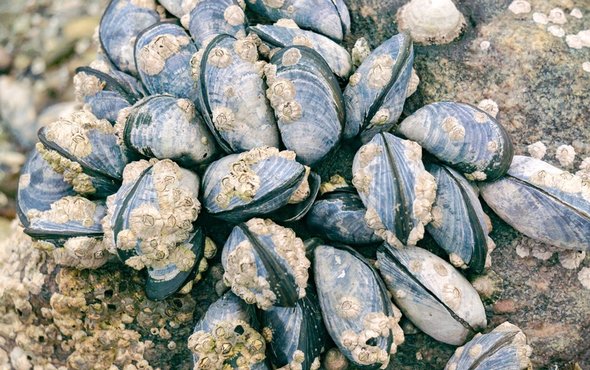 Bits of plastic have been found in mussel populations from the European Arctic to China — an indication of how far-reaching the issue of plastic pollution is, according to a study from the Norwegian Institute for Water Research (NIVA).

In past studies, researchers found microplastics off the coasts of countries such as China, Chile, Canada, Britain and Belgium, prompting Chinese researchers to caution last year that the mussels are likely a global “bioindicator of microplastic pollution” due to the fact that molluscs reside on seabeds, often a final destination for plastic waste.

While the impact of microplastics on marine life and, subsequently, on those who consume seafood is unknown, researchers believe that the presence of the material is an indication of how pervasive the plastic waste problem is.

“It’s a warning signal that we need to do something about reducing the input of plastic to the ocean,” said Richard Thompson, a professor at Plymouth University and an expert on microplastics.

However, believing the impact of human microplastic consumption to likely be less concerning than what humans encounter with day-to-day products such as toys, Thompson added: "It’s a cause for concern at the moment rather than an alarm story for human consumption,” he said.

With an estimated 8 million tons of plastic waste polluting oceans each year, nearly 200 nations recently signed a UN resolution to defeat plastic pollution in the seas.