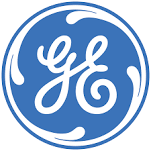 GE Power says that it plans to cut 12,000 jobs worldwide as demand in “traditional power markets,” including gas and coal, has softened.

The cuts affect both professional and production employees.

The company says the job cuts, combined with actions taken previously in 2017, will position it to reach its announced target of $1 billion in structural cost reductions in 2018. And it says the announcement aligns with GE’s effort to reduce overall structural costs by $3.5 billion in 2017 and 2018.

GE Power says that sales volumes are down “significantly in products and services driven by overcapacity, lower utilization, fewer outages, an increase in steam plant retirements, and overall growth in renewables.”

In a statement, GE says that its products generate more than 30 percent of the world’s electricity and have equipped 90 percent of transmission utilities worldwide. It says it has backlog of $99 billion.

By posting a comment you confirm that you have read and accept our Posting Rules and Terms of Use.
Advertisement
RELATED ARTICLES
Cheap Gas and Technology Are Killing Coal, Fed Paper Says
Low Commodity Prices Bring Risk to Supply Chains: IHS
Ford cuts its European manufacturing footprint
Video: How 139 Nations Could Use 100% Renewable Energy by 2050
Geothermal brines could propel California’s green economy
Advertisement