Today NASA and Uber announced a joint partnership to make Uber’s vision of flying vehicles a reality. The agreement calls for the development of a fleet of air taxis that will include a network — to be called Elevate — of vertical takeoff and landing (VTOL) aircraft, all by 2020. The partnership hopes to reduce vehicle pollution and commute times in large cities. 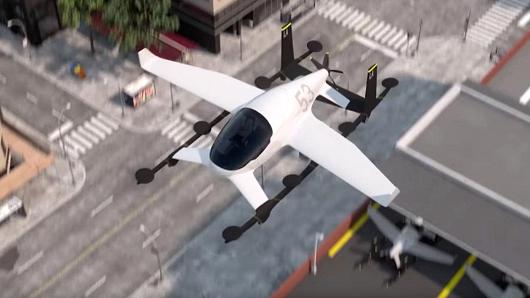 At a speech at the Web Summit in Lisbon, Uber’s Jeff Holden, chief product officer, announced that Uber had signed a Space Act Agreement with NASA to help create a broad traffic control system to manage its taxi fleet.

"The space act that we signed with NASA is initially about collaboration around air traffic management," Holden said. “With so many aerial vehicles flying at a low altitude, the collaboration will be necessary to help manage the skies. UberAir will be performing far more flights on a daily basis than it has ever been done before. Doing this safely and efficiently is going to require a foundational change in airspace management technologies. Combining Uber's software engineering expertise with NASA's decades of airspace experience to tackle this is a crucial step forward for Uber Elevate."

There are three cities targeted for the initial take-off of the project. Dallas-Fort Worth, Texas, Los Angeles, California and Dubai will see the first flight demonstrations.

The dream of escaping traffic in big cities is not a new one. In 1926, Popular Science magazine showed the design of the flying taxi, and Henry Ford promised that flying car technology would be close to reality by 1940.

“[W]hen people finally get to commute by air, I hope they think of it as an incredibly life-changing experience," Holden said. "This offers people the opportunity to get from point A to point B super fast."

By posting a comment you confirm that you have read and accept our Posting Rules and Terms of Use.
Re: NASA and Uber Join Forces to Make Flying Taxis a Reality by 2020
#1

The likelihood is vastly different depending on what might acceptably be considered a flying taxi.

If the definition of a flying taxi is not hampered requiring riders to first get to a limited number of pickup points and travel to only preselected drop off points where flying taxis regularly land to pickup and drop off passengers, then you could say flying taxis already exist as helicopters and airplanes.

If on the other hand, the idea of a flying taxi communicates curbside pickup and dropoff, then flying taxis by 2020 is a pipedream. What, are the airtaxis going to hover and winch up their fares? If not, where will they land? Good luck keeping that parking space free long enough to land. No one things sidewalk or traffic lane landings will be tolerated do they?

Re: NASA and Uber Join Forces to Make Flying Taxis a Reality by 2020
#3
In reply to #1
wrenchtwirler

Just as helicopters from home to office rooftop work for CEOs now, this will enable more of the lower management to participate, but it will be a long time before John and Jane Doe get in a home to office air taxi.

Re: NASA and Uber Join Forces to Make Flying Taxis a Reality by 2020
#2

I'm all for innovation and entrepreneurship, but the fact that this exists highlights the need for attention to urban infrastructure -- especially public transit -- and income inequality.