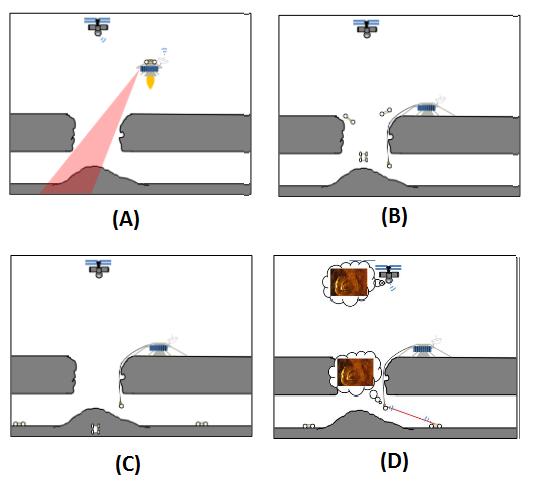 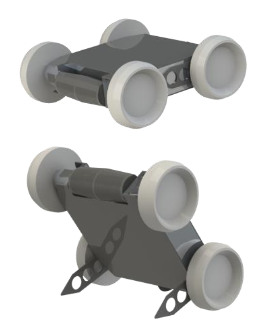 Now that the existence of lunar caves has been confirmed, the caves need to be explored, mapped and characterized. Before human astronauts are sent to explore the caves, robotic explorers will be designed and sent to the moon cave because there are too many unknown factors. In preparation for future moon settlements, scientists will need to understand the moon caves' structural integrity, size, and geometry of networks; the presence of ice or water; and temperature variations.

Scientists have already begun to plan and perform analog missions in lava tubes on earth to simulate exploration of lunar tubes. Carnegie Mellon’s William (Red) Whittaker has been developing robots to explore lunar caves as part of NASA Innovative Advanced Concepts (NIAC) program using earth-based analogs. NIAC has been investigating how to explore extraterrestrial caves for several years. For example, the NIAC-funded study “Technologies Enabling Exploration of Skylights, Lava Tubes and Caves” was completed in 2012!

The Exploring Caves and Lava Tubes on the Moon | NASA Space Science HD Video provides a good overview of robotic lunar cave exploration. Lunar cave robots must be able to solve the Simultaneous Localization and Mapping (SLAM) problem in order to navigate without access to absolute localization methods such as GPS or communications to a remote human pilot. Landing and descending a probe into an unknown void presents another problem. Exploration of lunar caves presents several challenges such as:

In their NIAC study, Whittaker et al. proposed a system of robotic satellites and rovers to explore planetary caves. The system would use an orbiting satellite to relay data and images back to earth, “Livewire” lander and “Cavehopper” robots. The Livewire lander would carry the Livewire robots. The Cavehoppers would be a hybrid wheel and hopping robot. The hopping ability would enable the robot to move around obstacles, which would stop a driving robot. The Cavehoppers would rappel from Livewire or jump down into the chasm depending on the cave depth and design of the Cavehopper. Cavehoppers will periodically return to the skylight, connect to Livewire, transmit data and image and recharge before being redeployed to explore another section of the cave.

Architecture Corporation (XArc), a company involved in the field of space architecture and engineering, is creating a “terrestrial analog mission testbed” called Lunar Ecosystem and architectural Prototype (LEAP2), which will aid scientists and engineers in developing the technology, vehicles, robots, habitat structures and human skills required to explore and settle in the extraterrestrial lava tubes. LEAP is part of a multi-generational phased approach for developing the lunar cave sites beginning with robotic reconnaissance. In later phases, humans will explore the cave for site assessments, construct a mining outpost and finally build a permanent settlement.

Samuel Ximenes’s TED presentation “Journey to the center of the moon” provides more details about LEAP2 and how private commercial companies will lead the way in exploring, settling and commercializing the moon, the asteroids and Mars.

By posting a comment you confirm that you have read and accept our Posting Rules and Terms of Use.
Advertisement
RELATED ARTICLES
NASA and JAXA Find Moon Tunnel Ideal for First Moonbase
A Robot Race to the Moon
NASA awards Intuitive Machines lunar delivery contract
NASA to deliver nine instruments to the moon as foundation for future missions
Robots Break Free from the Factory--Part 1
Advertisement