Emergency utility crews were due to be sent to Puerto Rico the week of Nov. 6 from New York State, including 350 utility personnel and 220 bucket trucks and special equipment.

New York is also deploying a Tactical Power Restoration Team [pdf] to Puerto Rico that includes 28 engineers and 15 damage assessment experts to help supervise and coordinate the restoration of the electric distribution system in the 27 sections of the PREPA power grid. 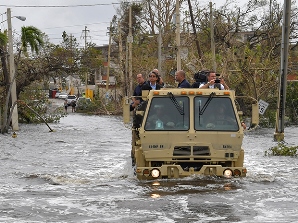 An earlier contract worth $300 million was awarded by the Puerto Rican Electric Power Authority as a no-bid contract to Montana-based Whitefish Energy. That contract was pulled after objections were raised to its terms and alleged ties to Trump Administration officials. Whitefish is seeking $10 million in compensation for work it says it performed under that contract. 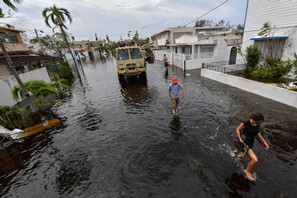 An assessment report is due to be completed by Dec. 1. Source: NYPAUsing technical experts and in consultation with businesses, nonprofits and other leadership from the island, this group will work to assess damages suffered and costs to rebuild its infrastructure.

The work will assess housing; critical capital infrastructure, such as the electrical, water and the telecommunications systems; roads and bridges; and social infrastructure like schools and hospitals. Among other factors, the final assessment will take into account not only physical and economic loses, but the cost to improve and strengthen basic systems. The product of this work will be a report of damage and estimated rebuilding costs for consideration by Congress and the Administration in December.

Cuomo and Rosselló also surveyed areas impacted by Hurricane Sandy to provide the Puerto Rican delegation an understanding of the recovery process and best practices for long-term rebuilding.

The projects surveyed include:

• Manhattan: Reconstructing the subway station that was entirely submerged in seawater at South Ferry.

• Staten Island: Restoring the natural habitat of the Oakwood Beach community with voluntary buyouts and building protective infrastructure, including a seven-mile-long elevated promenade with recreational amenities.

• Long Island: Rebuilding the boardwalk, fortifying the shoreline, and elevating homes in the Long Beach community.

• Queens: Installing eight new floodgates on underwater tunnels, including two on the Queens side of the Queens Midtown Tunnel.